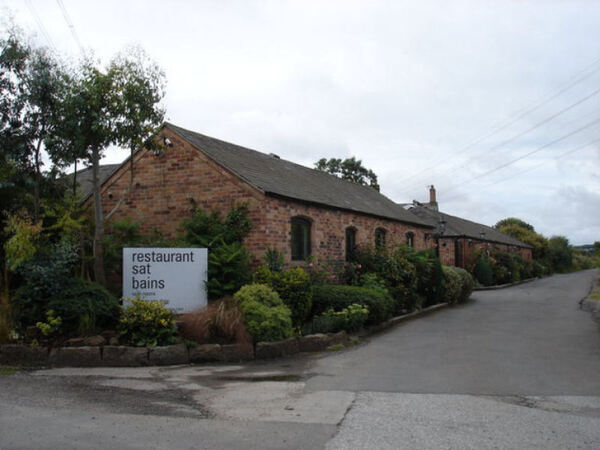 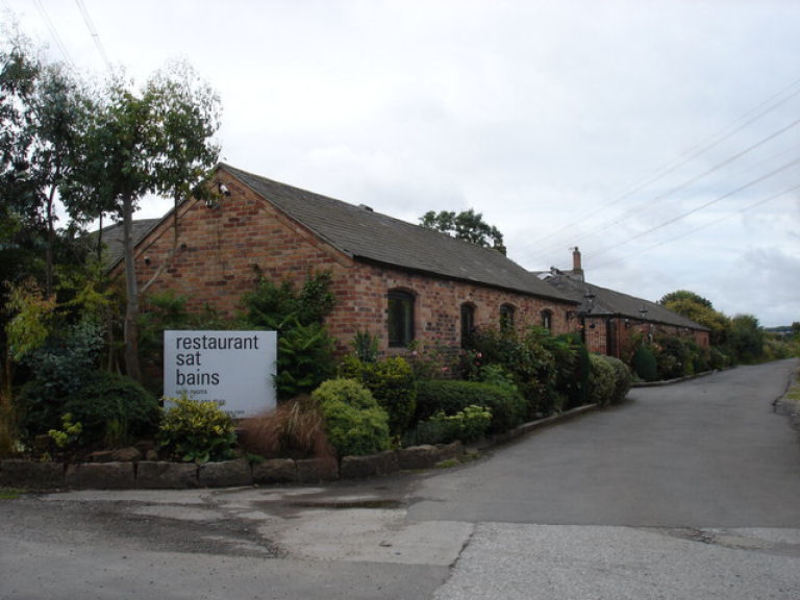 It's fair to say I'd been looking forward to this one for a while. After all, Restaurant Sat Bains is a place with a stellar reputation and multitudinous mountains of awards, including top spot on the most recent Sunday Times Top 100 restaurants list. My Friday evening visit with my wife got off to a slightly awkward start following our hotel forgetting to book us a taxi, and said taxi then getting stuck in accident traffic despite us staying but a short distance away. When I rang to advise we'd be ten to fifteen minutes late the response was "That long?!" which our taxi driver found hilarious and to be honest, so did I. But I suppose it is testament to the extremely tight ship on which they sail.

Once we arrived (a mere nine minutes late I should add), we were whisked through the lounge to our table. The restaurant itself has a couple of different areas and is a nice space; there's definitely a sense of occasion which is no bad thing, but there is an air of pretentiousness about the place. Not however from the staff who were all thoroughly pleasant.

It's tasting menus all the way with a choice of seven or ten courses and naturally we went for ten and I opted for the matching wine flight. Interestingly here there are three different wine flight options which range in price; being thoroughly British I plumped for the middle option. There was a distinctly average selection of non-alcoholic drinks; it's fair to say this isn't a restaurant who've put much effort into catering for non drinkers.

However what they do cater for very well indeed is dietary requirements; for various reasons my wife needed something slightly non-standard and with advance notice, they had successfully created a menu just for her with some completely different dishes. But this is where it gets really good; the first little nibble was a tiny block of horseradish ice cream (and delicious it was too). My wife would have been perfectly OK to eat this, however because horseradish featured later on in her custom menu, they'd prepared her a totally different nibble to start. That my friends is a sign of class, pure, pure class.

The bread was good (including some flavoured with treacle) but my tasting menu kicked off proper with 'Black', a really current looking black scallop dish, bang on trend as they say. It was visually stunning and delicious too, really good dish. Next up were two of the dishes not present on the seven course menu; firstly chicken liver muesli which was nice although nothing special and then a little potato with cream cheese and caviar. I could see the intention but I found this a bit of a nothing plate in all honesty, just a bit unexciting. I have to say my wife enjoyed it though.

However, things improved massively with the next dish of aged beef; a sensational tartare dish, indeed one of the best beef tartare dishes I've ever eaten. It was delicious and what really improved it further was the stunning red wine pairing. I always feel on a tasting menu a restaurant should serve their best wine with their best dish and that was absolutely the case here. Magnificent all round.

The next couple of courses of kohlrabi 'pasta' and the duck were very enjoyable and then it was onto the desserts. The first of these were some little ice cream cones and the final dish not on the seven course menu; they were OK but again, nothing memorable. However the final two desserts, a chocolate, cherry and tobacco Aero style block and 'White', another very modern looking piece of work, were delicious.

Overall the standard of food was, as expected, outstanding. It's interesting that the three weakest dishes for me were the extra three you wouldn't receive if having the seven course menu. It would be harsh to call them filler, but I did ponder if I'd have come away any less happy if I'd opted for the shorter tasting menu. The option two wine pairings were good, I do wish they'd all been poured at the table (all bar one were not), I just like to see good skills in action. Nonetheless the sommelier was excellent so no real complaints.

After dinner we stayed for coffee, we would have liked to have taken this where we sat but there was a noticeably strong nudge that "the lounge is free"; ah well, I suppose every restaurant has to turn tables and I'm sure they'd point to our late arrival as the reason. The petit fours were a selection of different flavoured chocolate shards; yes there's obviously a great deal of skill involved to create these but I did find randomly shaped flat pieces of chocolate a little bit unimaginative in all honesty given what had gone before.

All in all however, this really is a wonderful restaurant and certainly one of the finest in the UK in my experience. The food on the whole was outstanding and service through was top rate also, with a high level of attention to detail in all areas. We left with that sense we don't often get of having eaten somewhere very special indeed. Good job Mr Bains, good job.

Smart; I went with a shirt and smart trousers, no need for a jacket though.

Limited parking so if you're not staying in the rooms accompanying the restaurant, you might want to consider a taxi from elsewhere.