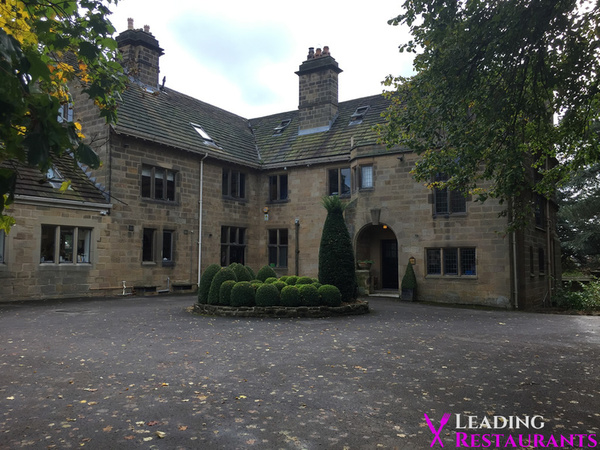 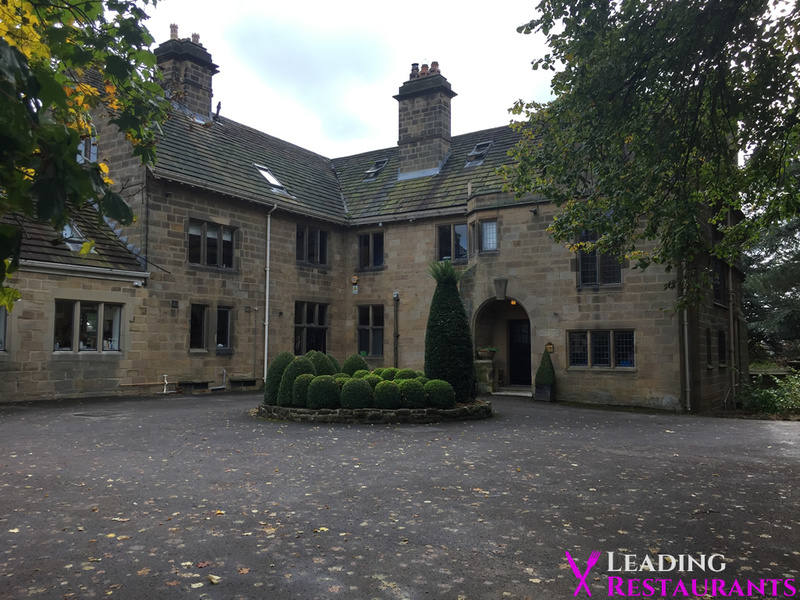 It had been almost three years to the day since my last visit to Fischer's Baslow Hall and a fair bit has changed in that period. Rupert Rowley departed as head chef in January 2019 (after an impressive seventeen years at Fischer's) to pursue other ventures, and former sous chef James Payne took the reins as head chef.

A change of chef in these circumstances, particularly when the new head chef is an internal appointment rather than a big name from elsewhere, can often result in a bit of extra scrutiny from our favourite tyre munching inspectors, or as an alternative view, a ready-made excuse for them to remove a star. Having booked a few months before the 2020 Michelin Guide was released, I was slightly fearful (as I was last time, for different reasons) that the star might have vanished before our meal. And indeed, when the guide was released in early October, that fear was realised as amongst the record number of new awards given out, Fischer's lost that precious star it had imperiously maintained for an impressive twenty-five years previously.

Would I arrive to find everyone in tears? Or would there actually be a renewed determination to put out some stellar food and get back in the guide? After some very enjoyable meals in the past, I was genuinely looking forward to finding out as I visited for lunch on a rainy October Saturday to celebrate my mum's birthday.

The welcome on arrival was warm enough and we were shown through to the lounge area, which was pretty much the same as I remembered, to have a pre-dinner drink and peruse the menus. I'd selected the lunch tasting menu when booking, although given it was a special occasion I had emailed several weeks in advance and asked if we could have the full dinner tasting menu for lunch (and I was told that would be no problem). But, there was no mention of this on the day and I just got the feeling all things considered that pushing to pay more for a couple of extra courses is a decision I'd probably regret, so I didn't enquire as to why they didn't have that noted on our reservation.

My mum is both vegetarian and coeliac, but with advance notice they were happy to accommodate this and she was provided a vegetarian menu to look at. The wine list is weighty and impressive with a large selection available by the glass, but I opted for the matching wine flight whilst my mum decided to stick with water. After a perfectly decent G&T for me and a black coffee for my mum (and why not), lunch began in the lounge with a few nibbles. Some hash browns with a tomatoey dip were pleasant enough, as was a little venison meat ball for me and my mum enjoyed a crispy stick of broccoli.

It wasn't too long before we were shown through the dining room; whilst the lounge was much as I remembered, I think the dining room has had a lick of paint since I last visited. It still has a nice feel and is a perfectly pleasant space to enjoy a quality lunch. Just to give you a gauge on the formality level, there was no moving of chairs but napkins were placed (always a nice touch I think). First up was some bread; a sourdough and a treacle type. I enjoyed both but they brought me two portions it seemed and nothing gluten-free for my mum; this did appear after I queried it. Unfortunately, this was the first of many lapses in service during the meal, but my mum did enjoy her little gluten free roll so that's a plus.

The next lapse came in the form of my wine for the first course being delivered after the food had arrived. Not only that, but whilst one waitress was explaining the wine to me, another waitress came back and just marched in mid wine description with my mum's gluten free bread (and the explanation of it for my mum), it was mildly shambolic to be honest.

Once that commotion had died down a little, I was able to enjoy a very pleasant sweetcorn veloute; it was a good little dish. Next up was a goose liver parfait with brioche and various accompanying elements, including compressed pear and almond. The main event was tasty but the pear was pretty tasteless and what the dish lacked more than anything was finesse; the elements were slung on the plate rather haphazardly in all honesty. I did sense some familiarity with these opening courses and indeed, the first two courses were fundamentally the same first two courses I'd been served three years ago, not exactly a great sign of evolution.

The incredibly clunky service continued with cutlery being put down by one waiter then being removed by another waitress (before I'd used it, obviously), and the same happened with a wine glass too; it just all felt unnecessarily amateurish. The next course of pan fried bass was so-so as fish courses go, but the venison main that followed was even more underwhelming. The cooking of the meat was fine, but the accompanying squash and pumpkin seeds did very little positive for the dish. There was nothing fundamentally wrong with this course, it just had no pizzazz whatsoever and was not of the standard of the venison dishes I'd enjoyed at Fischer's on previous visits. My mum did enjoy her vegetarian risotto option though I have to say.

More fun service came next when a waiter (one of the few who actually looked like he knew what he was doing, ironically) came over and asked if we'd like dessert. Well, we're having the tasting menu mate, so you tell me! I politely pointed this out and he did apologise for his little lapse.

The crossover came in the form of a nice enough palate cleansing yoghurt sorbet with yet more pumpkin seeds and dinner ended with a white chocolate and pear dessert, which was so boring and lacking in depth of flavour that I'm struggling to remember it to be honest. Just to compound that feeling of the service being less than stellar, at no point were we offered cheese which was a shame, as we would have happily tried a plate to share out of curiosity. We were offered coffee and our waitress told us we could stay at the table to have this, but then another waitress appeared and told us to go through to the lounge. It's like the staff just didn't communicate to each other whatsoever during the entire service.

Coffee was fine and came complete with a couple of pleasant little petit fours and a textbook birthday plate for my mum, which is always nice to see but didn't really compensate for what had gone before. And so, a rather disappointing lunch came to an end. The service throughout was just incredibly clunky; there's clearly a training issue here and several of the staff (including the waitress who less than enthusiastically delivered my wine pairings) just looked like they didn't want to be there. I appreciate there could be a post-Michelin hangover, but there were plenty of tables in for lunch paying good money in expectation of a top class experience; you've still got to service them properly.

As bad as the service was however, the food, although perfectly edible, was in many ways equally disappointing. I genuinely walked in expecting I'd be writing some piece about how Michelin probably didn't even inspect before removing the star and how unjust those tyre munching inspectors are. But (sadly), they've got it absolutely right, the menu I was served was not worthy of a star; it just lacked quality cooking and plating finesse in so many areas. The wine flight was enjoyable however, albeit not delivered with much enthusiasm as I mentioned earlier.

Overall, I still enjoyed my visit, as did my mum more importantly, and it was a pleasant afternoon, but I just can't see that star being regained or customers returning without some fairly radical changes. It's a shame as the place still has so much going for it and I genuinely hope it can survive on its past reputation until those changes can be made, but time (as always) will tell on that one.

Smart casual; I went in a shirt, jeans and shoes for lunch which was fine, I'd probably opt for smart trousers for dinner.

It's a real shame, but I think Michelin were absolutely right to remove the star. I still think there's just about enough here for three rosettes, but The Good Food Guide have overcooked it a little for me.
Group size: 2 adults. Total bill: £203
View full restaurant details for Fischer's Baslow Hall
« Mana review
The Star Inn The City review »