Adam Reid at The French Review

Adam Reid at The French 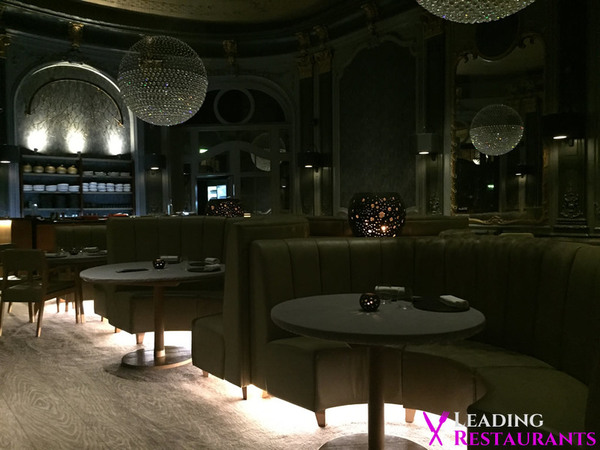 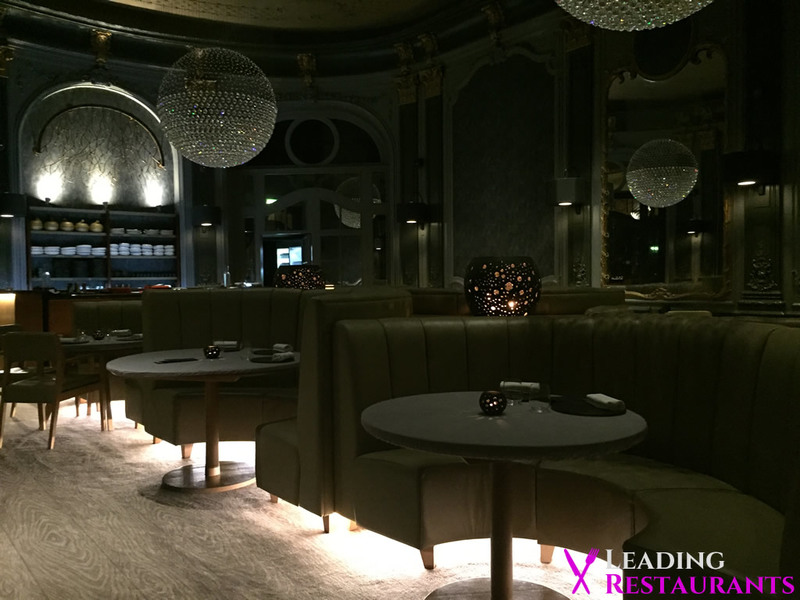 It had been over four years since my last visit to The French in Manchester. A lot has changed in that time; Simon Rogan ended his association at the back end of 2016 and since then Adam Reid has very much been the man in charge; indeed, the restaurant now carries his name. One thing that hasn't changed very much in that time however is the response from the major food guides; both the AA and Good Food Guide still rate the food here very highly (exceptionally highly in the case of the Good Food Guide), but our favourite tyre munching inspectors continue to hold back that elusive and so very much coveted star.

According to our little website, The French is in fact the best restaurant in the UK without a Michelin star; it seemed almost inevitable a star would appear in the 2019 Michelin Guide, but alas, it didn't happen. So, which guide is right? I was looking forward to finding out as I visited with my wife for dinner on a rainy and cold December Saturday evening.

We arrived bang on time for our reservation and were warmly greeted and shown through to the restaurant. The decor has changed quite a lot since my last visit; less IKEA-like but still contemporary. Other additions include a chef's counter where you can see various courses being assembled, music (the playlist being picked by Adam Reid himself we were told) and the restaurant even has its own toilets now (complete with rolled up hand towels, of course). It's the nine course tasting menu only on a Saturday night and I opted for the matching wine flight also. My wife doesn't drink and although there's a small selection of non-alcoholic cocktails, she chose to stick with water. After a decent G&T to start for me, it was on to the food.

First up was a little cup of meaty broth; it carried a good deep flavour which we both enjoyed. This was followed by a little nibble of cods roe on a squid ink cracker; nice enough although I did find it mildly surprising they class the one and only pre-dinner nibble as one of the nine courses. The bowel of curried squid that followed was pleasant enough (albeit pretty heavy on the salt) but the accompanying Slovenian white wine was less than stellar.

The wine flight didn't really improve with the next course when I was told a rather small glass of Cos Frappato 2017 (which retails for a whopping £13 per bottle) needed to last two courses. I really hate when restaurants do this; it's margin pinching to the extreme and it just leaves a sour taste for me, but more on that later. Fortunately, the beef tartare that came next, complete with (a single slice of) bread and lovely butter, was an excellent dish which both my wife and I enjoyed. Unfortunately, the following dish of cheese and broccoli custard wasn't great. It was served cold, not sure if that was intentional (there was a long wait for this course to arrive) but I really feel the dish would have worked significantly better if it'd been served warm. At least I'd saved some of the wine from the previous course as instructed to wash it away though.

The next savoury course of almond poached cod was a top piece of cooking though with a super sauce; I really enjoyed that. To elevate one of the humbler inhabitants of the sea to that level of deliciousness is no mean feat at all. Things however went from great to ghastly with the plate that followed; venison with pickled quince and elderberries. It was an absolute shocker, probably the worst main course I've had on a tasting menu for many years. The sauce was incredibly sharp, the slices of venison were mundane but the main culprit was the haunch of venison ragu atop which the aforementioned disappointment sat. This ragu was just wretched, borderline inedible I'd say and in fact my wife couldn't even finish it. I'm sure the dish wasn't intended to be served like that and it was just a classic case of last-service-before-Christmas-itus, but consistency at this level is so important and it clearly wasn't present here.

Things did improve with the cheese course, which consisted of a single slice of Brie on a crumpet with some prunes and walnuts. Tasty though it was, it's not exactly what I'd expected when the waitress told me a cheese course was on the way. First of the desserts was the 'Easy Peeler' of sea buckthorn sorbet with white chocolate. This was an excellent dessert, beautifully presented and it tasted great. As did the final dessert; treacle tart with clotted cream ice cream. I'd enjoyed a larger version of this at the Hospitality Action North charity event a couple of months earlier and this was equally good; a delicious way to finish the meal.

As a final flourish, we opted for the 'Golden Empire' additional dessert (at a whopping £20 per person) as seen on The Great British Menu, a show both my wife and I enjoy very much (I know, we're such suckers). It was very tasty, the zingy granita in particular a highlight, but in truth I wouldn't bother if I went back given the extra cost. After some decent coffee and a selection of three very rich chocolate petit fours (made in house we were told although not sure I 100% believe that), our meal came to an end.

Service throughout was fine, although the menu pacing for the early courses was far too slow. The wine flight overall was OK; things did improve after some disappointing early wines although the measures were small and all the wines were poured away from the table which I personally dislike. The explanations from our waitress were perfectly enthusiastic, but there was no real sommelier working on the evening of our visit (surprising on a Saturday dinner service I thought) and I feel the experience would definitely have benefited from one.

As for the food, there's definitely some excellent cooking on display here and several of the dishes would certainly sit quite happily on a one star menu in my humble opinion. However, what the meal definitely lacked was consistency; some of the dishes were poor and well below the standard I'd been expecting; as much as I slate Michelin, at this level they do rightfully demand consistency.

The other thing Michelin don't like in my experience (and I'm 100% with them on this one) is that niggling and over-zealous emphasis on giving the bare minimum to the customer. A small glass of wine that has to last two courses, a single slice of bread, a single slice of cheese on the cheese course; it just doesn't create the kind of customer-centric experience I love; it felt like if I'd asked for an extra piece of bread I probably would have been ejected from the restaurant. This approach is in such stark contrast to other leading restaurants where you can happily request extra bread, or you might get a top up of wine if the bottle is coming to an end, such small things really but there's none of that here. It's easy to overlook if you're not paying out of your own personal pocket for a meal, but when you are (like us), it's so noticeable.

Overall, whilst I see a lot of potential areas for improvement, I have no issue proclaiming The French to be a very good restaurant and one I'd happily revisit at any juncture. But sadly, despite my pre-visit certainty that our favourite tyre munching inspectors had got it wrong in withholding a star for the 2019 guide, I actually think they've got it absolutely right. But hey ho, there's always next year.

Smart casual, so dress up a bit. I was in a shirt, jeans and shoes which is fine.

The 'Golden Empire' dessert can be shared between two (recommended if you want to try it). There's no automatically added service charge.

Pains me to say it as a born Mancunian, but I think Michelin are right to withhold the star and therefore that the other guides have overcooked it considerably.
Group size: 2 adults. Total bill (including service): £350.
View full restaurant details for Adam Reid at The French
« Moor Hall review
Ynyshir review »