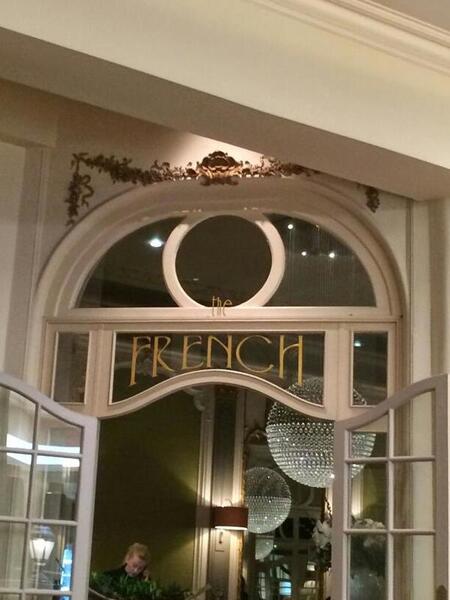 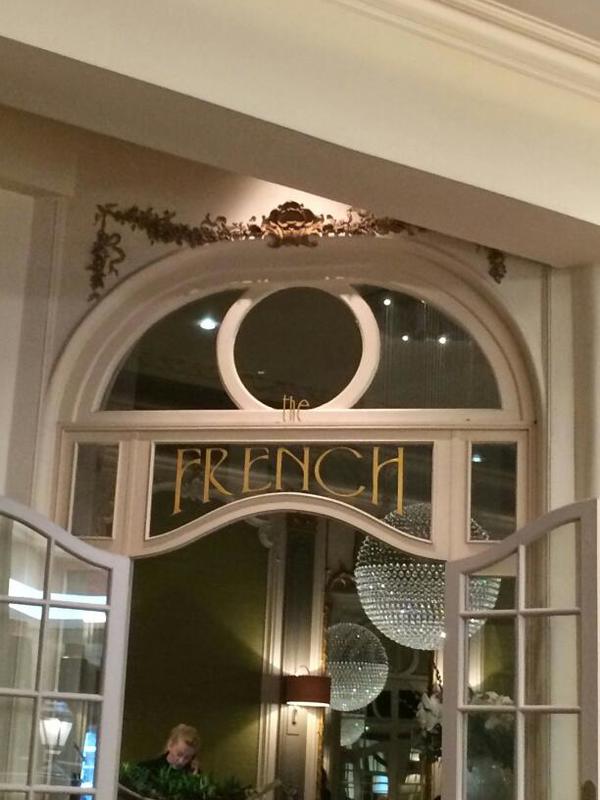 It doesn't take a genius, nor a television documentary, to promote the realisation that Michelin considers Manchester a gastronomic wasteland. Not since 1975 has The French, or indeed any restaurant in central Manchester, held a coveted star. In the intervening time, only La Normandie in Birtle and the much missed Juniper in Altrincham (who impressively held a star for 10 years) have done enough to convince those tyre munching inspectors that Greater Manchester has the ability to satisfy an appetite for top class fine dining.

Fortunately, joyous salvation for all food loving Mancunians no longer seems a pipe dream. The once dreary outlook has become very much more sun-filled with the reinvention of The French by a certain Mr Simon Rogan. The formula seems pretty simple:

I'm a big fan of Simon Rogan's style of food (it's quite difficult to find anyone who isn't) and together with the oceans of love being shown to the restaurant by both the AA Guide and the Good Food Guide, I was optimistic a great meal was in store for my visit.

On arrival my wife and I were greeted warmly by maitre d' Kamila and shown to our table. "Have you had a tasting menu before?" was the question; I wasn't sure if my coal covered face gave the wrong impression but I politely doffed my flat cap and all was well. Being the first in the restaurant allowed us to get a good long look at that oh-so-controversial decor. It's quite a subjective thing and yes, whilst I can see the IKEA-ness of the furniture, I personally didn't find it at all offensive. Grand though the Midland Hotel is, this restaurant is a slice of contemporary fine dining and the room needs to reflects that.

And then came the food. I was anticipating ten courses of greatness; what I got was very much a mixture of the good and the not so great. The nibbles to start including potatoes in edible soil were lovely but the tomato and crab dish that followed was disappointing. It wasn't until the third course of Maran yolk that the bread was delivered. The juvenile waiter found the late delivery and the fact I had a mouth full of egg yolk hilarious; I did not. I've nothing against youth but whilst the maitre d' and sommelier were excellent, unprofessional staff like this really do sour the experience.

To compound my misery, whoever baked that day had clearly been listening to Ashford & Simpson in the kitchen as the bread was indeed, solid as a rock. It was the worst bread I can recall eating in a restaurant of this level. The food did improve however; in particular the ox in coal oil, a lovely salad of "late summer offerings" and a beautiful butter poached hake dish were all worthy of a top class menu. However even these dishes didn't quite have the wow factor I was expecting. Indeed, despite some excellent cooking, there was no single course that I would class as truly memorable.

Dessert followed a similar pattern; plums in honey I found a bit of a lazy dish although the golden linseed cake to finish was nice. Even the petit fours were a long way off stellar. There are definitely some positives though; the sommelier was that ideal combination of charm and authority and the wine pairings were excellent. My wife didn't have so much luck with the non-alcoholic cocktails although at least a decent range was on offer.

So, it is with a bit of sadness that I finish this review. I was desperate to walk out of The French with a substantial smile and supreme confidence a Michelin Star was a certainty. Unfortunately, it didn't turn out like that for me and sadly Michelin agreed when the 2015 guide was released a few weeks later. That said, I've eaten in worse places that do hold stars so it was still a bit of a surprise to see nothing awarded. There are definitely some very positive things about the restaurant, but there's still a huge amount of work to do to get The French to the level everyone concerned, and me, believes it can reach.

There's no fixed dress code, but it's worth making a little bit of an effort. I wore a smart shirt, trousers and shoes and that seemed standard.

The wine pairings are very good. The toilets are located outside the restaurant and are not so good.

Despite the flaws, I still believe The French was worthy of a Michelin Star in the 2015 guide. However I think both the AA and the Good Food Guide have overcooked it a little based on my visit.
Group size: 2 adults. Total bill (including service): £310.
View full restaurant details for The French
« Earle by Simon Rimmer review
L'Enclume review »