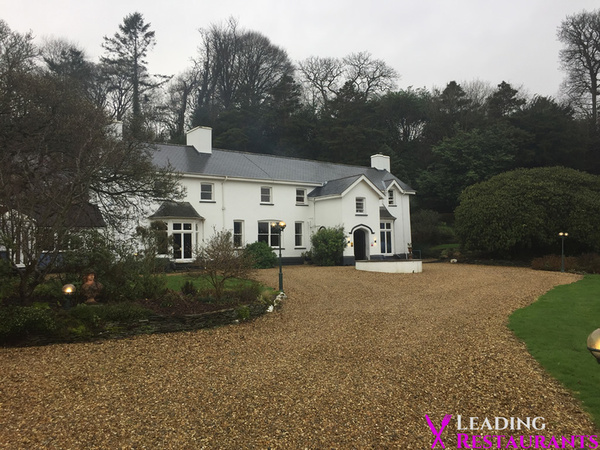 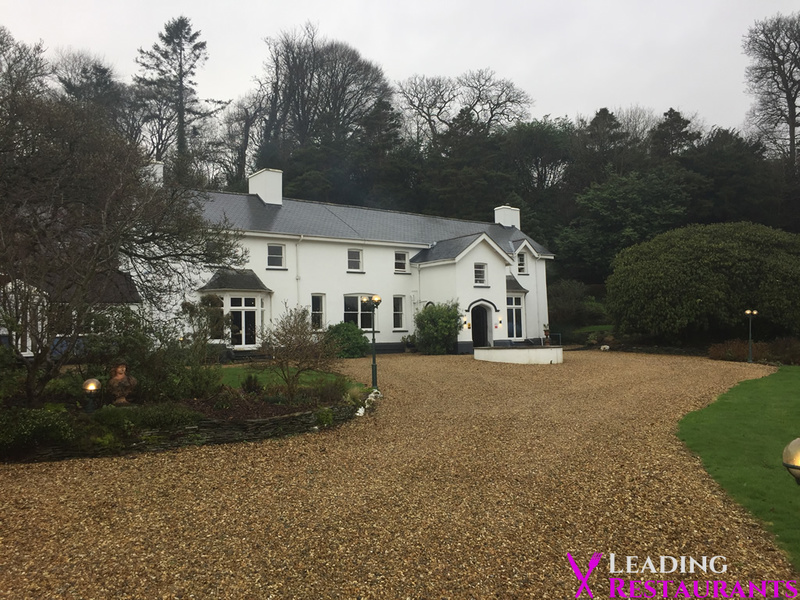 It's fair to say the rise of Ynyshir in recent years has been fairly meteoric, at least as far as the major food guides go. Following a precious Michelin star in 2014, the AA rosettes have since increased from three, to four, to five and the Good Food Guide score has increased from seven, to eight, to nine. In their eyes at least, the food Chef Patron Gareth Ward is knocking out is some of the very best in the county. I was very much looking forward to giving it a try and I made the three hour (each way) trip with my wife for lunch on a cold January Saturday, to celebrate her birthday.

The booking process, in truth, had been slightly problematic. When my wife rang to book a few months earlier (I know, making her book her own birthday meal, I'm such a gent), she was told only the £75 lunch menu was available at lunch not the full £140 menu, so she booked accordingly and we paid up front. Only when I got back in touch and questioned this (as it differed to what was stated on the website) was I told we could in fact have the full menu as we wanted (it's a six hour round trip after all), and I was able to pay the difference. Slightly unprofessional in truth for whoever took the original booking to not know what menus are available at a particular time, but these things happen and they've since moved bookings to the Tock system, which should at least make the options clearer for all concerned.

It was a long trip, but the house is located directly off an A-road and wasn't too difficult to find. There's plenty of parking available too in the grounds which overlook some stunning Welsh countryside; it's a very pleasant spot indeed. The building itself has been nicely done as you might expect and has a modern feel but with plenty of classic touches. We were welcomed warmly on arrival and shown through to the comfortable lounge area to peruse the drinks and wine list. I enjoyed a decent G&T to start but wife was less enthused with her 'Rose' non-alcoholic cocktail; sadly the only one on the menu.

The wine list is very good and nearly everything on offer is available by the glass. But (and it's a big but) there's no sommelier here and no option of a wine flight so you're kind of on your own really. I know a little bit about wine but I'm by no means an expert; I think there's a real disconnect unfortunately between the wine and the food for non-wine-expert working class heroes like myself. As we were having the full menu, a printed copy wasn't available before we started so I couldn't even attempt to match some glasses to the food. It made sense later given the number of courses and varying pace why they don't offer a wine flight, but even just splitting the menu into four or five sections and suggesting a couple of recommended wines for each would have made this part of the experience much, much better. Price wise, the wine mark up didn't seem too horrendous; in the end I started with a half bottle carafe of the excellent Benevolent Neglect Syrah 2015 which came in at £55 (full bottle £110) for a wine which retails for around £48. Towards the end of the meal I enjoyed a glass of Jorge Ordonez No 2 Victoria 2014; a bottle of that here will set you back £50 for a wine that retails at around £21.

But of course, the main reason I was here wasn't for the wine; it was in expectation of some truly outstanding food. We were shown through to the dining room and as we were the only couple that service dining from the full menu, we were generously given a free upgrade (normally £180 pp versus £140 without) to sit at the pass bench, located directly opposite the kitchen. We don't normally opt for kitchen table experiences, but it was a lot of fun to be able to chat to Gareth and the other chefs and enjoy some quality banter. The music blasting in the kitchen is all part of the experience but as much as I appreciated hearing The Streets for probably the first time in fifteen years, it was a bit difficult to hear what the chefs were telling us at some points during the meal.

There were no nibbles or canapes so it was straight into course one, titled 'Not French Onion Soup'. It was a very enjoyable little onion soup dish, my wife and I both very much enjoyed that. Next up was... a wait. The menu pacing here, particularly at the beginning, was a bit of an issue; I suspect due in no small part to having to serve two different menus. After one hour of being in the building we'd been served one course; I did fear slightly that if that one-hour-per-course pace continued, we'd still be sat there the following morning.

Naturally, the pace did improve and after a very tasty (takeaway memory invoking) little plate of duck leg with hoisin sauce, came the bread served with just the right amount of cultured butter and Welsh wagyu dripping. It was absolutely delicious. Stunning plates of mackerel with rhubarb, super smooth duck liver and a glorious slice of char sui pork belly followed; it really was just hit after hit after hit of stunning and imaginative flavours. After a delicious little crab curry came my first minor disappointment of the menu; duck breast with cucumber. Don't get me wrong, it was supremely tasty but it was coated with the same hoisin sauce as the duck leg we'd had at the start of the meal. Whilst I've no issue with using the same animal again on the menu, I wouldn't have expected a repeat of the same flavours. The little wagyu burger that came next however was another divine little bite; absolutely scrumptious.

The next dish titled 'Cawl Winter' came with a little bit of theatre in the form of a salt baked swede with a candle inside it; it was a nice little hearty bowl of soup but probably the weakest of the savoury courses for me. However, I was back to being blown away again with the next two courses, a beautiful scallop dish followed by an absolutely stunning little dish of Welsh lamb, yet another flavour sensation. So many of the dishes rely on great ageing, brining etc and it really does lead to some incredible flavours. Although the next little bowl of pieces of bread (same bread as we'd had earlier) in a beef gravy was very tasty, it did feel slightly unimaginative, but the optional cheese course featuring a small but absolutely flavour-bursting piece of Beauvale cheese topped with pears was probably the nicest single piece of cheese I've ever eaten. Seriously good.

The dessert courses were perhaps not quite as strong as the savoury courses (was always going to be tough to match those) but there were still some absolutely delicious plates in there. After a little bowl of yuzu slushy, which we'd been mesmerically watching as it spun in the slushy machine, came a very nice white chocolate and black bean dish followed by an interesting parsnip creation. The sticky toffee pudding that came next, a little date with an unbelievably flavour packed sauce, was the highlight of the dessert courses for us but we weren't done yet. More delicious plates of apples with custard and a deconstructed tiramisu came next (admittedly not the best tiramisu I've had, but a very good effort) and the meal ended with an interesting block of wagyu fudge.

And that was pretty much that; after a final chinwag with the chefs and a bit of a photo op for my wife (don't worry, I never mention this site, 100% anonymous reviewing is the way forward) we retired back to the lounge for coffee. They offer just one type of filtered coffee and it wasn't great; I'd pass if I went back in all honesty. There were also no petit fours which was a bit of a shame, which I suppose leads me to my next little wrangle; this place is expensive. We're well into two-Michelin-star pricing here (and then some) so to have no canapes, no pre-menu nibbles, no birthday surprise plate for my wife, no petit fours etc was a bit of a disappointment. They're such little things really but they can often really help elevate the experience.

So, with a bit of a lack of value, the less than stellar non-alcoholic drinks offering, the not very smooth booking process, the fact the place is in the middle of nowhere and the previously mentioned disconnect between the food and the wine, you're probably thinking I wouldn't rush back to this place, right? Wrong, wrong and wrong. There are unquestionably some things I would change but despite that, it was genuinely one of my favourite meals in recent memory. The food itself and the atmosphere in the kitchen just completely blow away any shortcomings in other areas, and that's why I would happily head back to this restaurant time and time again. It really is an absolutely sensational restaurant and there can't be many places in the UK right now serving such imaginative and downright delicious food. If you've not yet made the trip, I highly recommend that you do as soon as possible.

None really, but plenty of people did make an effort. I was in a shirt and jeans with shoes which was absolutely fine.

The pass bench is a great experience (albeit expensive). Watch out for some low archways near the toilets; managed to give my head a good whack there.

I can, in a way, understand why Michelin haven't bestowed two stars here yet; this isn't the prettiest or most technically beautiful plating you'll ever see. But for my money, the flavours and imagination alone make this worthy of two stars all day long.
Group size: 2 adults. Total bill (including service): £449.
View full restaurant details for Ynyshir
« Adam Reid at The French review
House of Tides review »