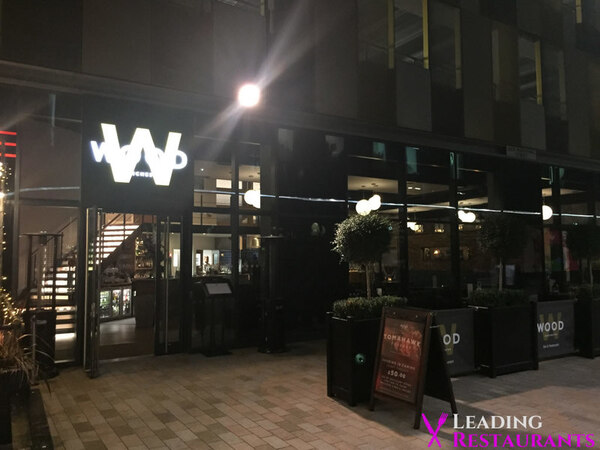 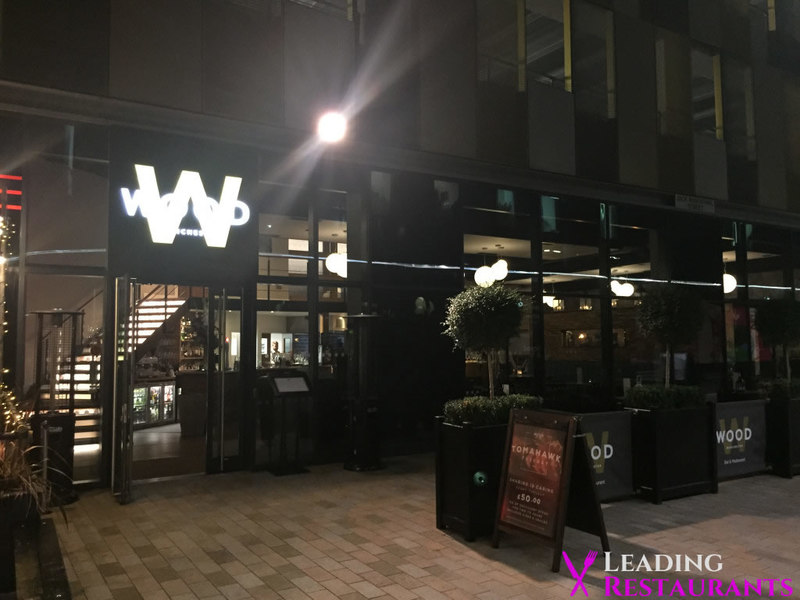 It's difficult not to feel a certain sense of admiration for Simon Wood. Having successfully triumphed on the amateur version of Masterchef in 2015, this former data manager and local-boy-done-good then launched his eponymous fine dining restaurant in Manchester in 2017 to great acclaim. There are more restaurants in the pipeline too and you get a sense from the food press that a little empire is quietly building. But, for now at least, I was just looking forward to giving his food a try for the first time as I visited Wood Manchester for dinner on a mild Thursday evening in September.

We arrived bang on time for our reservation; the welcome on arrival was professional and we were quickly seated at our table. The venue itself is modern, spacious and nicely finished with glass frontage and a good open view of the kitchen. On offer in terms of menus were the carte, a five course and also a seven course tasting menu and there's a decent wine list also. For us it had to be the seven courses and both my friend and I opted for the matching wine flight also.

First up was a little bit of bread; unfortunately the white sourdough was a bit firm and rather disappointing however the brown pumpernickel bread was considerably tastier. Shortly after the bread, our first course arrived in a scallop shell, featuring crab and avocado puree. It was a decent little fresh tasting dish with strong flavours, nicely matched by the accompanying glass of Senorio de Osuna white wine.

Next up was a pigs cheek with pineapple and chilli. I thought this was one of the more inventive dishes on the menu and it worked well; the pigs cheek was beautifully cooked and very tasty and the overall combination of flavours was not unpleasant. This was followed by a tomato consomme with Welsh rarebit; for me this was the weakest dish on the menu. Whilst the tomato flavour was intense, the dish as a whole just didn't work which was a shame.

The food got back on a more even keel with an enjoyable (albeit a little bit safe) dish of salmon with beetroot and melon, but the next course of lamb done a couple of ways was a very tasty plate of food with little to fault. Pre-dessert consisted of the famed tutti frutti dessert from Masterchef although it had been transformed into little lemon posset ice lollies; these were nice if not particularly memorable.

The final dessert course of chocolate and salted caramel mousse with espresso ice cream was another very tasty plate; I enjoyed that one. After a decent cappuccino, accompanied by a very small little dome shaped chocolate p4, a decent meal came to an end.

The wine flight was good on the whole with some enjoyable wines and although not all were poured at the table as I prefer, the bottles were shown and the wines were well explained. Service throughout was good and the menu pacing fine; the only issue came at the end of the meal where we were completely abandoned. After over thirty minutes of waiting, my friend had to go and accost a waitress in order that we could pay the bill and leave which was a bit of a shame.

Overall, although I enjoyed the meal, I did feel a little bit let down by the food. I always think a restaurant needs to be of a certain level to serve a tasting menu and I just don't feel Wood is at that level. Whilst several of the dishes were tasty, in general the technical refinement wasn't what it could have been and on top of that, there was no single dish that blew me away as I'd hoped. If I did go back (which I'd be happy to do), I'd lower my expectations considerably and almost certainly opt for the carte. That said, it was still a good meal on the whole and although it was ultimately a bit overpriced for the standard of food we received, you could do a lot worse than visit here for dinner.

None really, it's a fairly smart place but think you'd be fine in anything.

Think the AA have this absolutely right; the food is fully worthy of two rosettes (but not more) in my view. The omission from the 2019 Good Food Guide is a little bit surprising.
Group size: 2 adults. Total bill (including service): £225.
View full restaurant details for Wood Manchester
« The Pipe and Glass Inn review
Joro review »