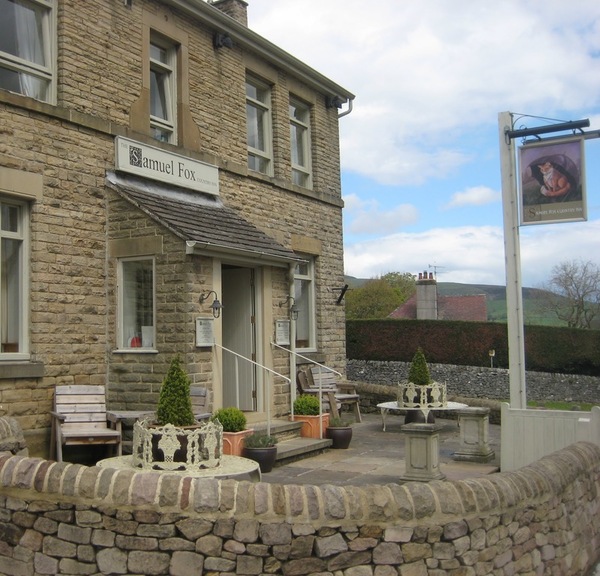 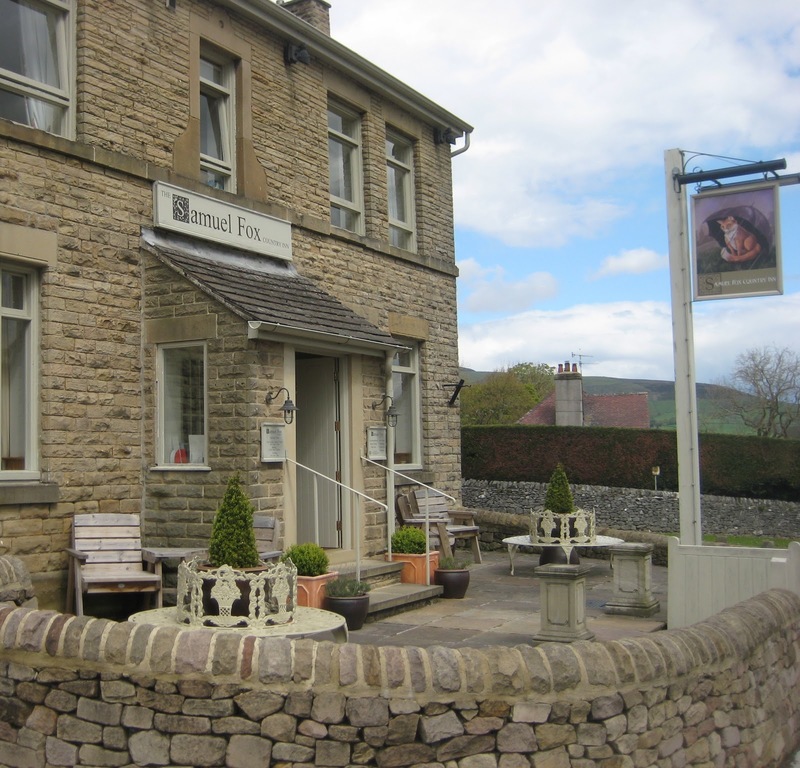 Nestled in the quaint village of Bradwell in the stunning Peak District lies the Samuel Fox Country Inn, a rather smart dining pub with a growing reputation. It was a snowy Saturday in early March when I took the trip down some windy and mildly terrifying roads with my wife and young daughter, to enjoy what I hoped would be some thoroughly decent grub and an enjoyable lunch.

Due to a number of snow induced cancellations, we were the first in the restaurant and the waitress at the bar seemed suitably relieved that we'd actually turned up. The building itself is nice, like so many good pub restaurants they've clearly put some effort into the decor, and it shows. After being sat down on a table with fabulous views out over the surrounding countryside (on my wife's side of the table at least), it was time for that eagerly awaited food.

Lunch began for me with the game terrine. It was good; really packed a punch with those strong meaty flavours and was well accompanied by a thoroughly pleasant chutney. The main course was a special from the blackboard; pheasant burger. It wasn't really a burger (well, not in the normal sense) but nonetheless was a gloriously hearty dish; three small well cooked pheasant "burgers" with a selection of perfectly cooked veg and a lovely butternut squash puree; it really was a rather splendid example of a pub main course.

Dessert on the other hand was mildly disappointing; my cherry trifle was perfectly edible but the cherries at the bottom sat in a bit of a watery mess and lacked any kind of zing. It was a similar story with my wife's sticky toffee pudding; the waitress suggested it would be extremely good, it was fine but nothing stellar. However perhaps the courses that had gone before had left us with unreasonably high expectations.

Service throughout was really without fault and we left with smiles on our faces; this really is quite an uplifting place to spend an afternoon. Super food, good service and a beautiful setting in the rolling hills; it's impossible to demand anything more.

None I could see.

There's parking at the rear although not a huge amount. Child friendly.

I think all the guides have this absolutely right; it's everything a two AA rosette restaurant should be.
Group size: 2 adults & 1 child. Total bill (including service): £81.
View full restaurant details for The Samuel Fox Country Inn
« The Church Green review
Kitchen W8 review »