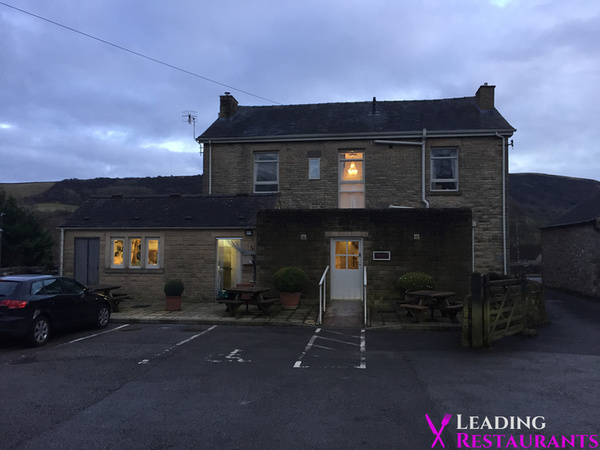 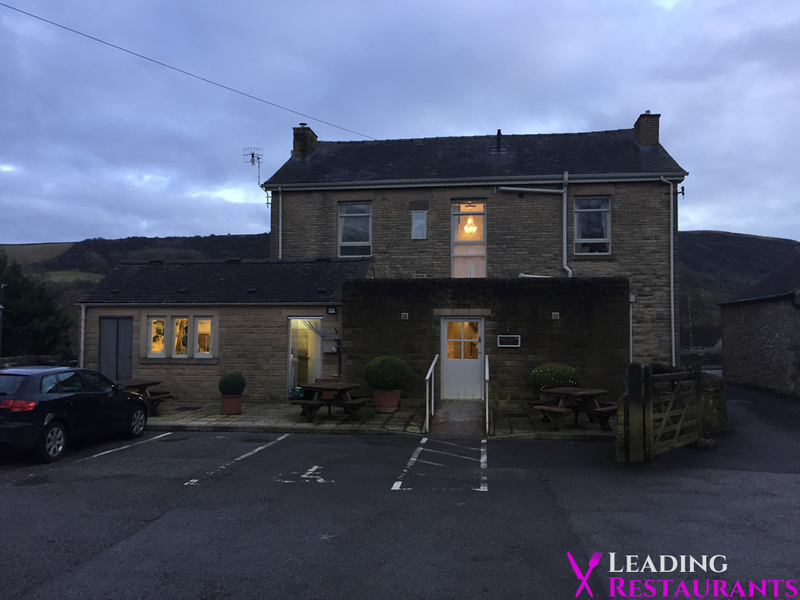 It has been over a year and a half since my last visit to the Samuel Fox County Inn in the village of Bradwell, nestled in the heart of the Peak District. Last time out I'd enjoyed a very high quality meal with the family, and I had no doubt whatsoever I was in for another treat as I rocked up for lunch with my wife and two young children on a mild December Sunday, just before Christmas.

The village of Bradwell is a little bigger than you might think, and the pub sits on the outskirts with a decent sized car park at the rear. I say "pub"; although there's a fully functioning bar inside, this place operates very much as a restaurant only, so I wouldn't recommend trying to pop in for a pint. The decor was very much as I remembered from my last visit, clean, tidy and comfortable so no complaints on that front.

The welcome on arrival was friendly enough but our waitress did seem a bit inexperienced; there was no offer to take our coats and no offer of water for the table, which was a shame. The menu at lunch is a three course affair with four choices per course; for the kids they are happy to either provide half portions or some not-on-the-menu kids dishes. There's a decent drinks selection including some regional beers; I enjoyed a couple of perfectly decent Aber Falls rhubarb and ginger G&T's during my meal, whilst my wife and kids stuck with apple juice.

First up was some sourdough bread (not made on the premises). It was OK but, in all honesty, you'd struggle to discern it from your local supermarket sourdough in a blind taste test. On the plus side though, they did serve bread for the kids (despite them not ordering from the main menu) which is always a welcome touch. Lunch for me began with the scorched sea trout with curried coleslaw; it was an enjoyable dish with some zingy flavours. My wife had a bit less luck with her chicken liver parfait; whilst the parfait itself was pretty flavoursome, the accompanying toast wasn't great. The kids had chicken goujons with chips and there was no issue bringing those with the starters; the chips were nice but I have to be honest and say both portions of chicken were on the dry side, although admittedly with kids you'd rather have it dry than under done.

Then came... a wait. The restaurant was fairly busy and indeed our waitress did mention it had been busier than they'd been expecting, but it was far from packed yet the wait for our main courses to arrive was very noticeable. My daughter had nearly finished her chicken and chips by the time they arrived which is saying something given how slowly she eats! For my main course, I went for the pork cheeks with mashed potato and black pudding. The cooking of the pork cheeks was good but I found the sauce over-sweet; the mash was fine though, as was the black pudding and overall it was a perfectly decent plate of food that I'd happily eat again.

My wife opted for the beetroot, spinach and blue cheese risotto which was well made with good flavour. For dessert, I went for the chocolate tart with soused cherries and pistachios. The tart didn't really have a base but was still tasty, and the classic combination of chocolate with boozy cherries worked well enough. My wife was a bit less impressed with her sticky toffee pudding and remarked it wasn't the best she'd had, although it's a slightly unfair comparison as she's had a version of this dish at a number of Michelin star venues in the past. I tried a good chunk, it was perfectly edible, it just maybe lacked a little bit of imagination to elevate the dish. My daughter was very happy though with her little bowl of chocolate ice cream.

And so, after a bit of an overly-long wait trying to flag down a member of staff to get the bill, our lunch came to an end. Overall, the food was good, but the passion and imagination I'd felt on previous visits just seemed to be lacking a little bit this time on the plates I was served. It's a shame because whilst I'd happily eat any of my three courses again, I know this is a restaurant capable of producing much more, so I did leave with a bit of a niggling sense of frustration, particularly when combined with the less than stellar service.

But look, this is still a very good restaurant with a lot of positive qualities (and it was great to see plenty of tables in), so I've no doubt I'll be back in future to give it another try.