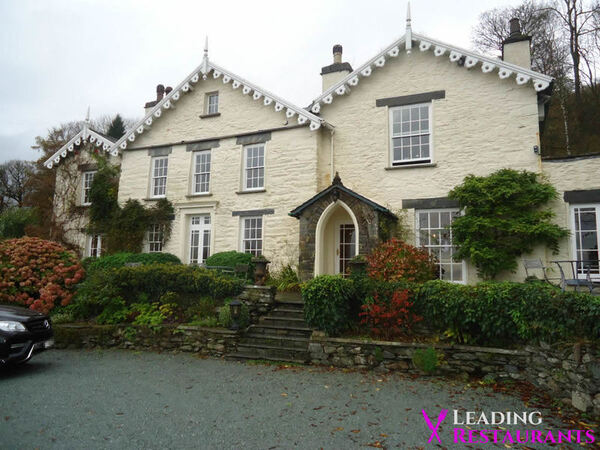 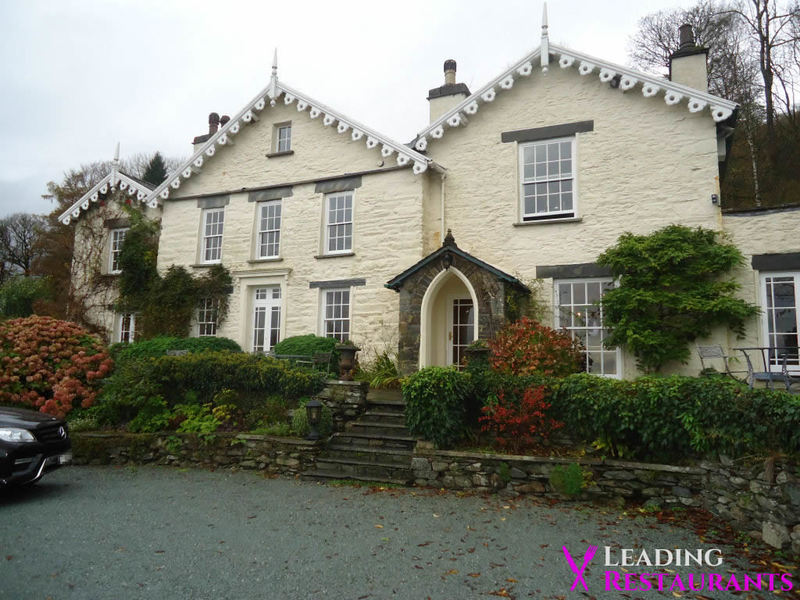 I have to be honest and say I was a little bit apprehensive about my visit to The Samling on a dreary November Saturday. It wasn't a fear of the contemporary menu which can sometimes divide opinion or even the terrifying prospect of bumping into some pampered A-list celebrity, many of which have frequented this spectacular setting.

No, for me, it was the driveway. After a completely painless email booking process, the instructions sent to me were clear: "The entrance to The Samling is up a very steep driveway - please do not attempt to turn left up the drive from the Ambleside". Gulp. In the end my wife and I opted to take a taxi. I should say in all seriousness, it's not that bad although our return taxi driver did tell us a little story about a fellow driver who, on her first day, attempted a u-turn and ended up in a ditch for three hours. She's fine and still driving for them, but you have been warned!

After the short, steep drive we were met by a beautiful white house and stunning views over Lake Windereme, which even on a less than clear day are a sight to behold. Walking through the front door we're warmly greeted by a gentleman who I suppose was the maitre d' for the day. I really liked him, he had a certain Latin American (or maybe Spanish) charm but it was abundantly apparent he was terrified. I would say if not his first day in that role, certainly his first week. It was quite an unusual feeling for me as I like to consider myself a very nice chap and not remotely intimidating. That said, it wasn't in any way awkward, I think my wife and I actually found his fear very endearing.

We were shown to the pristine lounge, complete with roaring fire to peruse the food, drinks and very impressive wine list whilst munching on some enjoyable canapes. It has a very relaxed feel; there's no air of pretentiousness. The menus do state "no cameras or phones in the dining room" but personally I think that's not a bad thing. When he returned, I asked our friend for an aperitif recommendation (a question for some reason all maitre d's seem to hate); he looked very unsure but in the end plumped, I suppose predictably, for a mojito. But then came my first surprise of the day; that very same mojito was absolutely magnificent. They also had a good range of non-alcoholic cocktails; my wife tried a couple during the course of our visit and they were both visually stunning (and tasted pretty good too). I really was not expecting to be blown away by cocktails from a country house in the middle of the Lake District, but this was a visit which surprised more than once.

Our dining room was equally special (one of two on either side of the building), immaculately finished with lovely features such as a collection of pear wood tea caddies and of course, the same wonderful views. But enough of the damn building and fabulous cocktails, you want to know about the food. Well, I'm very happy to report it was, by any standard, absolutely outstanding.

Right from the deliciously fresh appetiser of compressed water melon and feta cheese, I knew the gourmand menu we had selected would be something special. The bread was excellent too, I still have dreams about the wonderful focaccia. The scallop and ham hock fritter dishes that followed were very tasty and then the theatrics began; an Asian style broth brewed on our table ready to accompany a bowl of turbot and squid pearls, all in all a very impressive dish.

There was one waiter and one waitress watching the dining room; they were both passionate and attentive and in general we were well looked after. I should mention that the wine pairings were very good value (£40) and delivered well. I suppose the only thing that was slightly disappointing up to that point was that due to the waiting staff also doubling as valet parking attendants for arriving hotel guests, the dining room was sometimes vacant of staff for short periods of time.

We had enjoyed the first few courses very much, but then the theatre of the meal unexpectedly hit new levels. Whilst our waitress was explaining our next course, our friend from front of house managed, whilst clearing some glasses, to deposit a significant amount of red wine over a very distinguished Scottish gentleman in an equally distinguished suit. I really, really felt for him; I have to say our waitress carried on professionally before assisting with the clean up and the Scottish gentleman took it remarkably well!

Once the commotion had died down, the great food continued with our next course of beef with curds and whey; not a normal combination but it was an excellent dish. The only minor complaint here was the burnt tasting brisket crisp; I could see the intention but there's burnt, then there's Burnt. This tasted like it was BURNT. A bit too far gone for my personal taste but it didn't really detract from the overall dish. The next course of apple and granola pre-dessert was delivered with more smoky theatre; admittedly it did taste a little like a luxury breakfast cereal but worked very well as a palette cleanser. The final course was a visually impressive dessert and although the green tea panna cotta didn't do a great deal for me personally, it was still overall a very nice dish and a fitting finish to an excellent meal.

I have to say, things just before the final course did get a little bit weird with the service. I could see our waitress, who had served each glass of my wine faultlessly up to then, standing in the corner of the room, looking visibly upset and being consoled by her fellow waiter. I was a little bit worried; had I offend her by being too polite? Is it possible to say thank you too many times? He then came over and poured my final wine, not with any hint of animosity (which was a relief) but without any of the usual explanation. My wife thought perhaps she'd bumped someone's car; either way it was a bit of a peculiar experience for a Michelin-starred dining room. But then, this is the first ever restaurant I've been to at this level that thinks it's a good idea to have the only toilets available cleaned during service. A tad poor on the management side to be honest.

I must just mention the amazing selection of post dinner petit fours, wheeled out on a very impressive cart by our still-terrified friend from front of house. My wife had a chocolate DIY egg (complete with instructions) which was delicious. I went for the very much more manly option of a chocolate cigar with sweet piles of "ash". "White or milk chocolate?" was the question; "Milk please" I answered. I'm sure that wouldn't usually be a problem, except they all appeared to look exactly the same from the outside, a bit mean from whoever made them!

Our nervous friend carefully counted along the cigars and, still shaking, placed one on my plate. Once he'd departed I took a bite and, perhaps inevitably, it was the white chocolate version. Of course I didn't care and I had no intention of making his (possibly first) day any worse.

I know I'm picking out minor niggles (sorry, I can't help it); I can honestly say I left with a very positive impression of the service overall. The star of the show however is undoubtedly head chef Ian Swainson's food. This was excellent modern cooking, using inventive flavour combinations and top ingredients. There was also a good amount of theatre which I think is something sadly lacking in a lot of top restaurants these days, presumably due to that daunting fear of being labelled a restaurant preferring "style over substance". You can most certainly have both and The Samling proves that in droves.

None really; I think it's a venue that deserves reasonably smart attire but no need for a jacket in my opinion.

Try the cocktails and leave room for the petit fours.

I think Michelin and The AA have this right; it's everything a one star / three rosette restaurant should be. Two Michelin Stars is tough up north, however four AA Rosettes in the next couple of years wouldn't be out of the question and would help position The Samling deservedly above other three rosette restaurants in the area. The complete omission from the 2015 Good Food Guide (not just the top 50, the entire guide) is absolutely inexplicable.
Group size: 2 adults. Total bill (including service): £280.
View full restaurant details for The Samling
« L'Enclume review
Linthwaite House Hotel and Restaurant review »