The Pony and Trap Review

The Pony and Trap 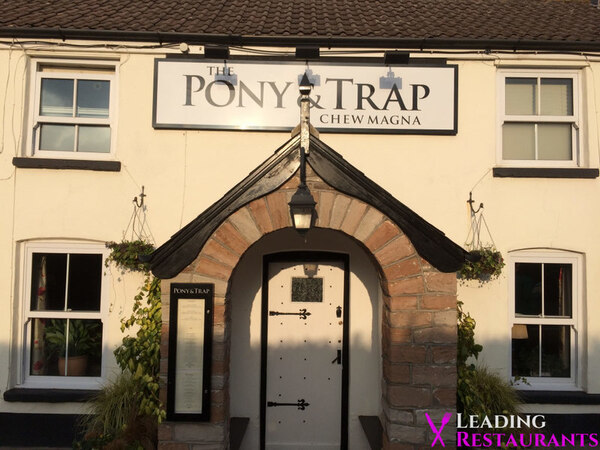 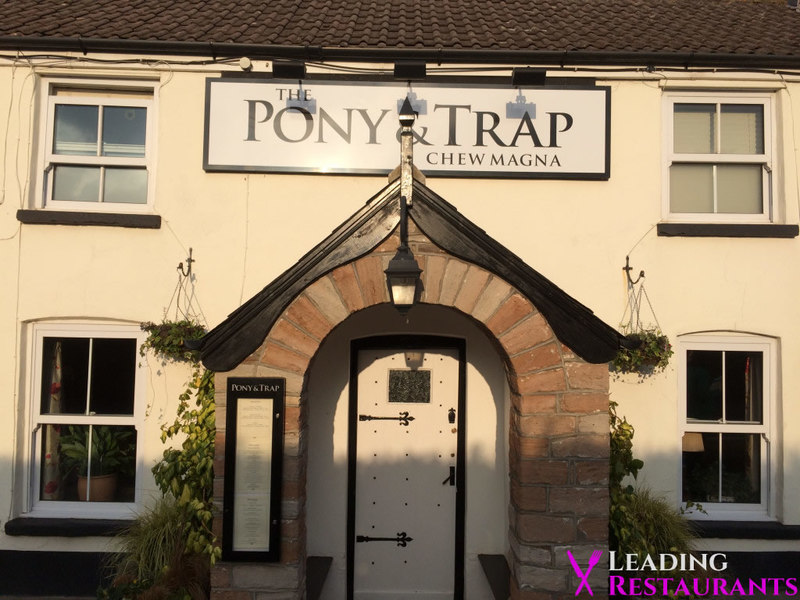 Whilst travelling down to Devon for a family holiday with my wife and young daughter, I consulted this very website for a quality restaurant we could stop at on the way (well, without too much of a detour). Step forward The Pony and Trap; holder of a precious star from our favourite tyre munching inspectors, as well as a place on the recently released Sunday Times Top 100 restaurants.

Situated south of Bristol in lovely rolling countryside (even the views from the amply sized car park are impressive), this pub-cum-restaurant really does occupy a beautiful spot. Inside the decor was very much in keeping with what you'd expect in a pub steeped in history; wood panelling and exposed brickwork being the order of the day. We arrived for our reservation towards the end of a Saturday lunch service and were shown to our table not far from the bar.

The service on arrival and throughout was good and child friendly too; there was no problem whatsoever with our young daughter. After my usual G&T to start, with some homemade crisp nibbles and good bread, lunch for me began with the smoked haddock, served with pickled cockles and a cullen skink. The haddock was perfectly cooked and the sauce had a lovely deep flavour; it was a very tasty and accomplished dish. My wife had a decent pork terrine to start and although there's no children's menu (which is a shame), there was no problem bringing my daughter's ham and cheese ploughman's with the starters.

Next up for me came the pork, cooked sous-vide and served with some black pudding and apple. The pork was nice although the black pudding lacked a bit of punch, but I suppose what this dish lacked more than anything was finesse. It was just a bit too simple; I've nothing against simplicity in principle but I expect dishes in a restaurant of this calibre to be memorable and this really wasn't. My wife had the ham, egg and chips which is listed on the menu under "pub classics" and although perfectly edible, it's clearly not intended to be judged alongside the other dishes on the menu. In fairness, it is also priced accordingly so I don't have a problem with that.

Last up was dessert; I opted for the sticky ale pudding. The flavours again were good with a lovely salted caramel sauce and decent stout ice cream, but again I was expecting more. My wife had less luck with a disappointing blackberry trifle accompanied by a rather boring (and completely lacking any nice surprise filling) doughnut ball.

Even coffee was a bit of a letdown; don't expect any delicious petit fours here, just a rather miserable short bread biscuit. And that was pretty much that. Overall, I enjoyed the lunch here, there was some good cooking on display and the service and venue are both without fault too. There's just something missing for me and whilst it's not the fault of the restaurant if certain food guides are a bit too generous with their assessment, the fact the food didn't reach those heady heights did leave me feeling a bit disappointed.

I actually think all the guides have this wrong, but for different reasons. Flavour wise, the food is worthy of three rosettes for me but the finesse and skill in execution I'd expected to see for the star just wasn't there.
Group size: 2 adults & 1 child. Total bill: £107.
View full restaurant details for The Pony and Trap
« Hispi review
Treby Arms review »