The Pipe and Glass Inn Review

The Pipe and Glass Inn 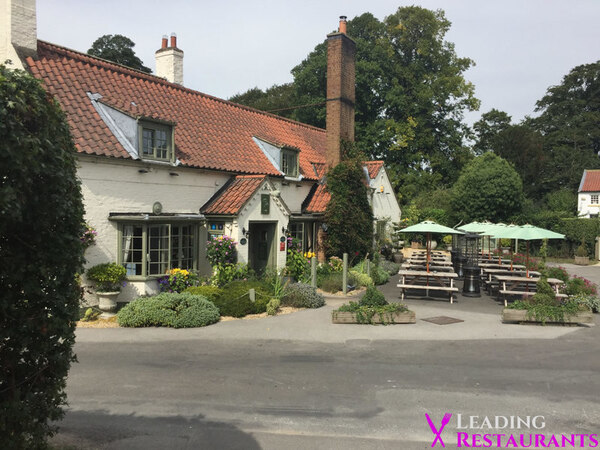 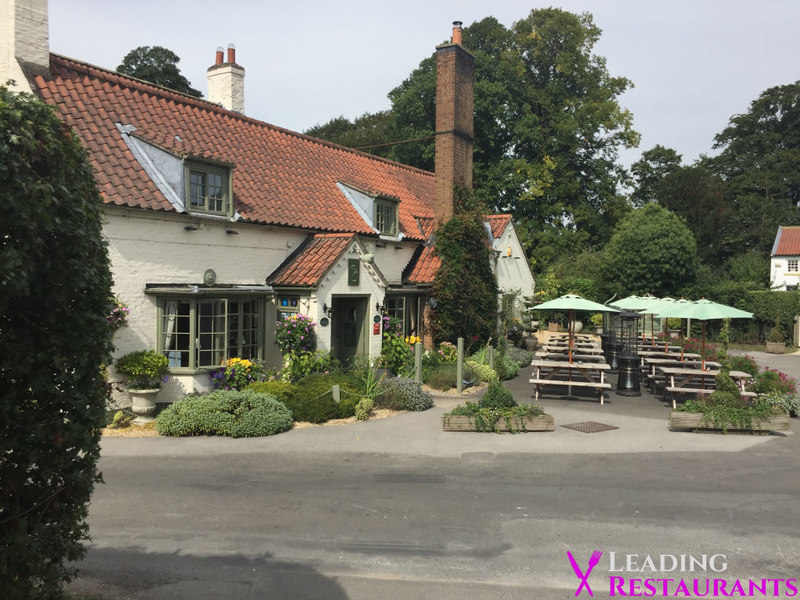 It had been more than three years since my last visit to The Pipe & Glass Inn near Beverley and it was a meal I'd not forgotten. Whilst on route for a family holiday to Filey, it seemed an ideal time to take a bit of a detour (I say a bit.... my wife was driving) for lunch on a sunny August Wednesday with my wife, young daughter and baby son.

From the exterior, not a lot has changed in the past three years. There's still an ample car park and the pub facade still looks smart and inviting. On arrival, we were warmly welcomed and seated in the lounge to peruse the menus. The full carte menu is available at lunch, there's a decent three course children's menu and plenty of specials available on the blackboard also. The wine list is comprehensive as you'd expect although as the only drinker in our group, it would have been nice to see some half bottle or carafe options. That said, there's plenty available by the glass and on a nice summers day, I was quite happy to stick to my Hendricks and tonic.

One other thing that hasn't changed a lot in the last three years is the core menu, I inadvertently found myself ordering two of the three courses I'd had last time, although that's not necessarily a bad thing. It took a little while to be shown through to the dining room (the high chair for our baby son was ready as requested, always a good sign) and almost immediately after some decent bread had been served, our starters arrived. To be honest the wait here was a little bit too short, I would have preferred to have been seated slightly earlier, had some bread and then a pause before the first course, but that's a very minor complaint in the grand scheme of things.

First up for me was the guinea fowl and ham hock ballotine, complete with a scampi fritter. I thoroughly enjoyed the dish and the great earthy flavours; it was probably a bit better than the version I'd eaten last time. My wife wasn't quite as enamoured with her potted pork and toast, but it was a decent dish. For the kids, both happily munched on some perfectly tasty garlic bread.

For main, I went for the lamb and I have to say it was an absolute triumph, unquestionably one of the best lamb dishes I can recall eating. The lamb rump had a lovely barbequed flavour and was cooked to perfection, the accompanying broad bean risotto and summer vegetables were very enjoyable and the mint and nettle sauce was just plain old delicious. My wife opted for the onion and goats cheese tart which was also delicious, whilst my daughter happily tucked in to some very nice fish and chips.

For dessert, I'd planned to try something new but I just couldn't resist having the 'Five reasons to love chocolate' plate again. It's gone up 50p since my last visit to £13.50, which I suppose isn't too bad in three years (let's blame Brexit) but it was still delicious in the main. The chocolate brownie element could in truth be improved, but the creme brulee was very tasty, the mint mousse was light and extremely moreish and the little chocolate pyramid tower went down a treat also. My wife's sticky toffee pudding was a little bit more agricultural on the presentation side, but it was very tasty nonetheless whilst some mini doughnut balls with dipping sauce kept my daughter happy.

We opted for coffee to finish, and this was served with a couple of decent little petit fours each (additional 'treats' are available on the menu), a nice end to what was a very enjoyable meal.

Service throughout was very good and child friendly too which makes such a difference. As a little example, when my wife took my daughter to the toilet during the main course, they happily kept her goats cheese tart warm which was appreciated also. The only negative for the service came at exactly the same point it came last time; it took quite a long time at the end of the meal to flag someone down and request the bill (albeit considerably less time than when I was here last). I appreciate there's always a balance between attentive service and not wanting people to feel rushed, but I think this could be managed better.

Nonetheless, the service on the whole was without fault and given the excellent standard of the food (again), I can think of few places in the country I'd rather visit for a delicious family friendly lunch.

None, I went in a shirt and jeans which I would say is about right.

Still absolutely worthy of the star for me. I thought three years ago the food here was more than good enough for three rosettes also and my view hasn't changed in that respect, but as we know, the AA do like to keep most pubs at two rosettes for some reason.
Group size: 2 adults & 2 children. Total bill (including service): £154.
View full restaurant details for The Pipe and Glass Inn
« Brassica Grill review
Wood Manchester review »