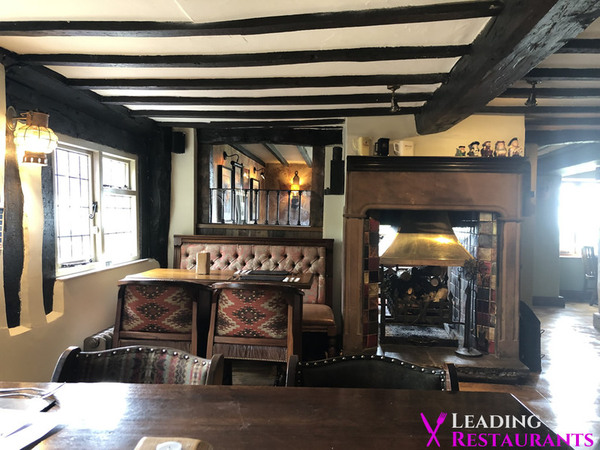 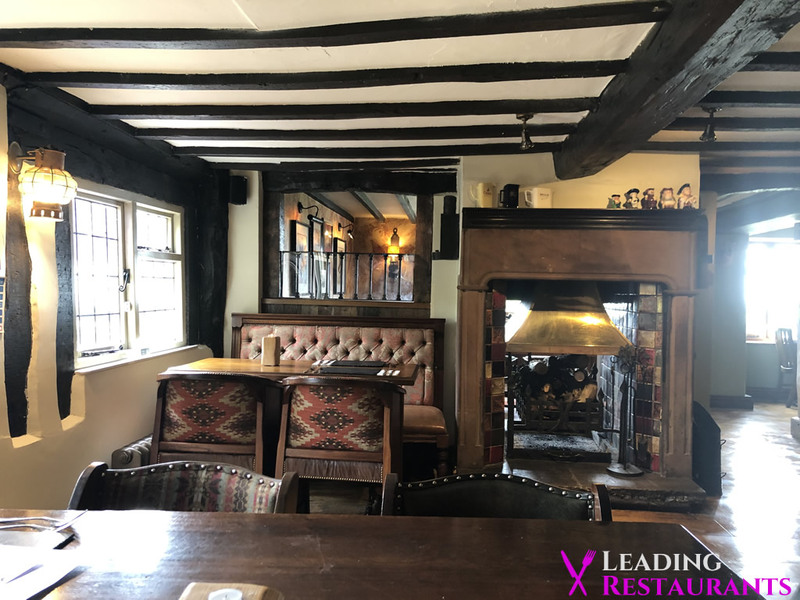 I do love a quality meal in beautiful rural surroundings and The Pheasant Inn near Tattenhall, describing itself as a "quintessentially English country pub" on their website at least, seems on the outside to offer just that. Having held a coveted AA rosette for many years, I was reasonably confident of receiving some decent food as I rocked up for dinner on a sunny Thursday in June, with my wife and two young children.

We arrived to find plenty of space in the large on-site car park and made our way to the main entrance of the building. It's quite a substantial place with a large restaurant and bar area, plenty of outdoor seating and they have a number of hotel rooms also. The welcome was friendly enough with all the COVID precautions in place you'd expect, and we were shown to our large table where from my seat I could just about catch a glimpse of some stunning views over Cheshire through a far window.

It's fairly traditional inside, large fireplaces and exposed beams being the order of the day, but it's a perfectly pleasant space. On offer for dinner were a full carte menu and also a three course children's menu. As you'd expect I suppose for a pub, the drinks list is extensive and there's a good selection of wine by the glass too. I stuck with my usual Hendricks and tonic whilst my wife and kids had no issue with their still apple juice during the meal.

Lunch for me began with the goat's cheese and thyme mousse, served with a salad of strawberry, rhubarb and various other bits. It wasn't quite what I expected, the mousse tasted OK but was presented in a couple of small blobs, the salad (in particular the strawberries) didn't taste very fresh and overall although the dish was edible, I wouldn't order it again. My wife opted for the courgette flower which was a bit underwhelming also in terms of overall flavour. My daughter had no complaints though with her slice of garlic bread and my young son was perfectly happy with a side of chunky chips which they were happy to serve with the starters.

The mains arrived in good time; my slow cooked belly pork was a reasonable dish overall, the pork was nice enough, the accompanying pea puree carried a nice flavour but the cheese and onion croquette was virtually flavourless and lacked any kind of seasoning. My wife had even less luck with her roasted duck breast; she'd been asked when ordering if she wanted it pink or medium, she'd opted for pink but it wasn't anywhere close to that and was very chewy. Nothing else on her plate managed to redeem it, including some not-in-anyway-fresh cherries. The kitchen had also managed to add an old single dry pea to her plate as well which was... interesting. My daughter went for the penne pasta from the children's menu, it was edible but not particularly tasty and like my wife's dish, also came with a single dry pea at the bottom of the bowl.

Really we should have passed on dessert, but of course I couldn't resist giving it a try. My wife and I both went for the strawberry cheesecake. It was pretty poor both in terms of taste and presentation. It had clearly been defrosted, but not fully, my wife's in particular was just like eating a block of minimally flavoured ice. Even the strawberry sorbet that accompanied it was disappointing. Both the kids went for a simple couple of scoops of strawberry ice cream which wasn't great either, you'd probably have a more pleasurable experience eating the value brand from your local supermarket chain.

And so, after the bill was delivered with no issues, a disappointing dinner came to an end. Service throughout was fine, not in any way warm but perfectly professional and everything was delivered when it should have been. The problem here lies solely with the food, whilst I've certainly had worse pub grub in my time, every course was way below the standard I'd been expecting and didn't in any way resemble a fine dining experience. I suppose I'd sum up by saying I'd happily pop back in future to have a pint in the sun and enjoy those fabulous views, but I don't think I'd eat here again without some pretty radical changes.

Don't think the AA have been here for quite some time, the food was not worthy of a rosette in my opinion.
Group size: 2 adults & 2 children. Total bill (including service): £125.
View full restaurant details for The Pheasant Inn
« The Barn at Moor Hall review
Rogan and Co review »