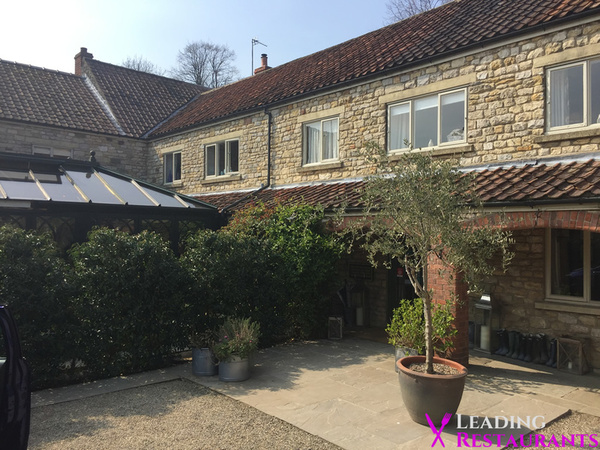 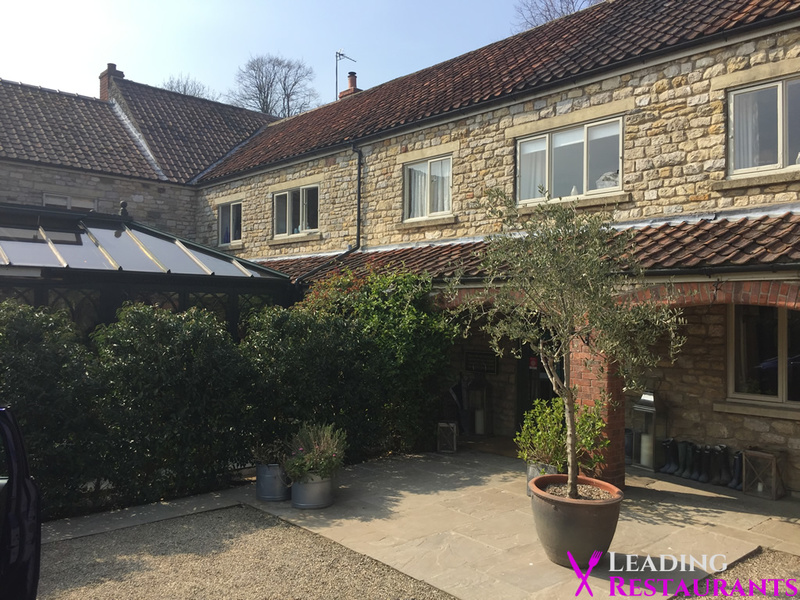 Situated in the village of Harome in North Yorkshire, the Pheasant Hotel is a rather historic looking building that originally started life as blacksmith's shop, village shop and some barns, wrapped around a central courtyard. With the well established restaurant having been recognised in all the major food guides, I was reasonably expectant of a decent meal as I visited with my wife, young daughter and baby son for lunch on a sunny Wednesday in April.

Harome is a very pleasant little spot and one that I'd actually made a trip to previously to eat, just down the road at The Star Inn. As we drove through the village, I couldn't help feel slightly envious that such a small and beautiful place is home to two renowned restaurants! The building has a suitably smart exterior, and the aforementioned courtyard provides a decent amount of parking, although I can't imagine parking on the nearby streets would be an issue if needed.

The welcome on arrival was warm and we were shown through to our table in the conservatory area; a good spot on a sunny day. There was no high chair in place as we'd requested when booking, but this quickly appeared without any fuss. There is a certain formality to the place (I was addressed as "sir", napkins were placed for my wife and daughter etc) but I think they've got the balance between formality and friendliness spot on, and all the staff were great with the children too throughout the meal.

We ate from the carte but there is a lighter bar menu available at lunch too as well as a decent three course children's menu. The wine list is weighty including a very good range by the glass and carafe; I enjoyed a modest but perfectly pleasant half bottle of New Zealand Saint Clair Sauvignon Blanc with my meal. After my usual Hendrick's and tonic to start, lunch began with some freshly baked bread, which they served to both children also; I always think it's such a good touch when the intermediary courses are served to the kids. My little round focaccia loaf was delicious too, I really enjoyed that.

Lunch proper began for me with the chicken terrine. It was a decent dish for a summery day; the terrine itself was pleasant if not spectacular, but the various pickled accompaniments did provide some much needed zingy contrasts of flavour. My wife had better luck with a very tasty slow cooked duck egg, and my daughter had some nicely made fresh garlic bread; it was a million miles away from the supermarket-like dross we so often see on children's menus.

There was a little bit of a wait for the mains, but when they did arrive, two chefs appeared to deliver both the sauce for my pork belly and my wife's rabbit pie, which was a nice touch. I enjoyed my main overall, but it wasn't without its issues. The star of the show was (rightly) the two generously sized chunks of pork belly which were cooked to absolute perfection. The little pieces of sour apple were a nice touch too, but whilst the soft mash and cider sauce were both pleasant enough, the abundance of soft textures led to the dish not eating very well at all, it could do with a little bit of a rethink this one in my opinion. My wife's rabbit pie was a nice dish, but unfortunately very (very) heavy on the salt which was a shame. No complaints about my daughters fish goujons and chips however, again it was another good quality dish for a children's menu.

One thing we'd realised by this point is that the portion sizes are very generous, bigger I would say than most restaurants of this level; there's little danger of leaving hungry here. We did (of course) manage to squeeze in dessert, but unfortunately these were a little disappointing across the board. My slice of chocolate mousse (with a very chunky biscuit base) was perfectly edible and nicely presented, but really lacked any kind of depth of flavour I'd been longing for. The accompanying olive oil ice cream was an interesting idea, but it didn't really add anything positive to the dish.

My wife had the affogato which was one dimensional in terms of flavour and again, a little disappointing. My daughter did very much enjoy her fruit salad however. We did opt for coffee which wasn't particularly good, but the accompanying petit fours were tasty (if a little rough around the edges) and I really liked that they brought a set for my daughter and baby son (even though they obviously weren't taking coffee), again a really nice child friendly touch.

After being abandoned slightly and struggling to flag down someone and get the bill (happens in so many places), our meal came to an end. Overall I enjoyed our lunch here, it's a very pleasant spot and the service throughout was generally excellent. The food, in truth, was a bit below the level I'd hoped for (especially the desserts) which was a shame, but overall I have no problem recommending this as a good quality, family friendly restaurant, and one I'd happily venture back to in future.

None really; I went in jeans and a polo shirt for lunch which was fine, I'd probably wear a shirt for dinner.

I'm just about happy with the two rosettes but I do think the Good Food Guide have overcooked it a little based on what I ate.
Group size: 2 adults & 2 children. Total bill (including service): £164.
View full restaurant details for The Pheasant Hotel
« Winteringham Fields review
Salt review »