The Man Behind The Curtain Review

Home ➜ Our Restaurant Reviews ➜ The Man Behind The Curtain Review

The Man Behind The Curtain 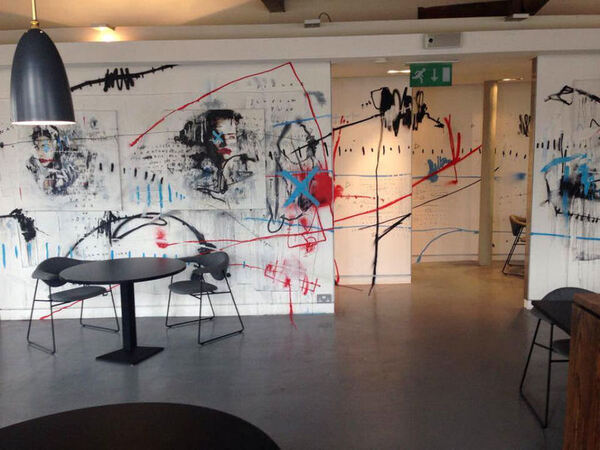 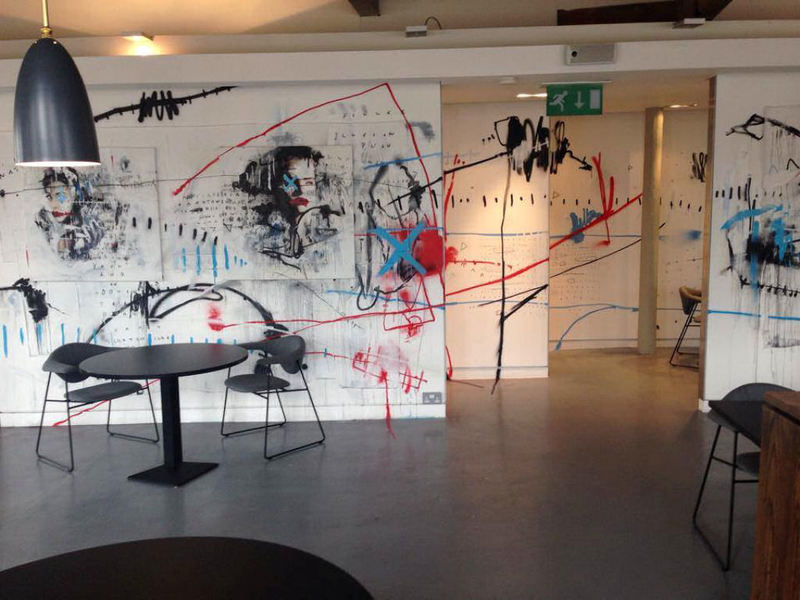 It's safe to say The Man Behind The Curtain is one of the hottest restaurant tickets in the UK right now and it's not difficult to see why. With multiple TV appearances to showcase the ultra modern and spectacular looking food, not to mention a precious star from our favourite tyre munching inspectors, it's really no great surprise that the place is booked up for the entirety of 2016. It wouldn't surprise me if by the time I finish writing the review it's booked up for the entirety of 2017 also. But is the hype really justified? I was looking forward to finding out as I visited with my wife for dinner on a May Tuesday evening.

As the world now knows, the restaurant resides on the top floor of Flannels (a clothing store) in Leeds. There was a suitably pleasant gentleman on arrival who escorted us inside and before long we were on our way up in the lift to the restaurant area. The greeting on arrival was warm which was in stark contrast to the room itself; there's art on the wall but it's quite a lifeless space and a bit devoid of character. Although I'd worn a jacket (as specified in the dress code when booking), they offered to take this and this became a running theme throughout the evening; most gentleman arrived in a jacket only to have it taken away. It does seem a bit pointless therefore to request diners wear one as part of the dress code.

As we settled down and selected the tasting menu (with the wine flight for myself), I asked if I could have a Hendricks and Tonic as an aperitif. I wasn't expecting this request to create such an issue but our waitress seemed incredibly reluctant to serve me a drink as my first course would be arriving imminently. It was slightly surreal and immediately, before the first plate had even arrived, created a sense that we were being rushed through our meal which is a real shame. For my wife the non-alcoholic drinks selection was pitiful, absolutely pitiful. Not a great start to the evening in all honesty.

But alas, we were here for the food which I was sure would be a spectacular shining light forcing its way out of the descending gloom. Dinner started with an oyster, which was fine, then three mini courses delivered at once including octopus and a little sweetbread burger. These were tasty enough but not exactly great dishes. No sign of any bread either which was a shame, but more on that later. Next came the Thai green noodles which were nice (I must say my wife enjoyed them more than me) and a crab and quail egg dish which again didn't blow me away.

However, up next was the famed black cod, star of multitudinous minutes of TV coverage in the past twelve months. Surely that would be amazing? Well, in short, it was not. Don't get me wrong, it was a nice dish, but quite some way removed from the stellar taste experience I'd been expecting. The Iberico pork dish however with edible shell was an excellent piece of cooking and I very much enjoyed that dish. Unfortunately the pork was served cold; this seems to be intentional but you'd think with the number of people posting online reviews stating "the pork was cold" they'd pick up on that and adjust. Nobody likes lukewarm pork. Nonetheless though, it was still the best dish of the meal for me.

After an interesting pork skin and chocolate crossover came the first of the desserts; chocolate mousse, tempered chocolate and lavender ice cream. "The chocolate will melt" said the waitress as she poured the potato custard over the dish. The chocolate didn't even flinch as like most of what we'd been served, the custard was barely warm. Not that I had any particular problem with this as it was still a delicious dessert. It's just a shame that yet another little piece of the overall experience wasn't quite right.

A fairly nondescript strawberry and cucumber ice cream dish followed, after which came the final course of the meal; a clever little mango cupcake with an edible case. It was a nice little cake and the case did generate a little bit of an "ooooh" factor. As our parting flourish, we opted for coffee (tea for my wife) and to be honest, did expect some splendid petit fours to brighten up what in all honesty had been some fairly mediocre food. There were none. But hey, if your restaurant is booked up for the next two years then why do more than the bare minimum to enhance the experience I guess. I should add though at this point that the wine pairings were good and the delivery fine.

Service as a whole however was rather robotic; pleasant enough but a definite sense of being rushed through the meal and multiple little niggles like it taking an age to replace our empty water bottle (despite multiple waiters walking past it) and my wife's tea being served in a visibly dirty cup. At the end of the meal, the bill arrived without request which is fine although it didn't do much to quell the sensation of us being rushed out of the restaurant.

There's definitely some good and innovative cooking here but as someone who's been fortunate enough to eat in a couple of decent restaurants previously, I found the whole experience a real let down. The food was good in parts, but only in parts, and the service just wasn't up to par. Having said all that, it's difficult to argue with a fully booked restaurant so I can understand the lack of interest in improving what's on offer here; it's a shame though as The Man Behind The Curtain has the potential to be so much better.

It's officially "jacket preferred" but virtually all of the male diners during my visit were relieved of their jacket on arrival, so I can't see there being any issue with turning up in just a shirt and trousers.

Don't ask for an aperitif.

Guides will be guides; I can see why the star was awarded and I don't really have a problem with that.
Group size: 2 adults. Total bill (including service): £218.
View full restaurant details for The Man Behind The Curtain
« The Star Inn review
Piedaniel's review »