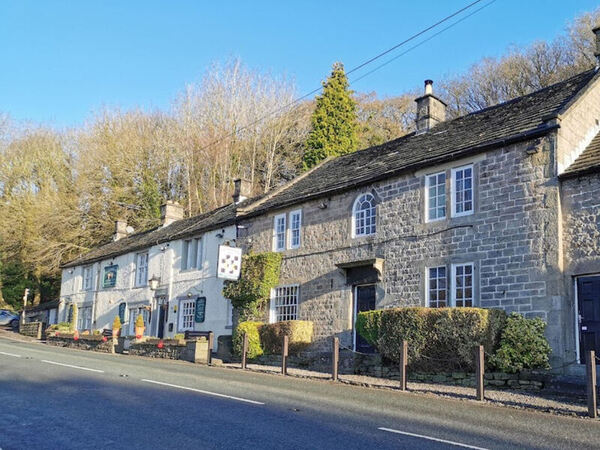 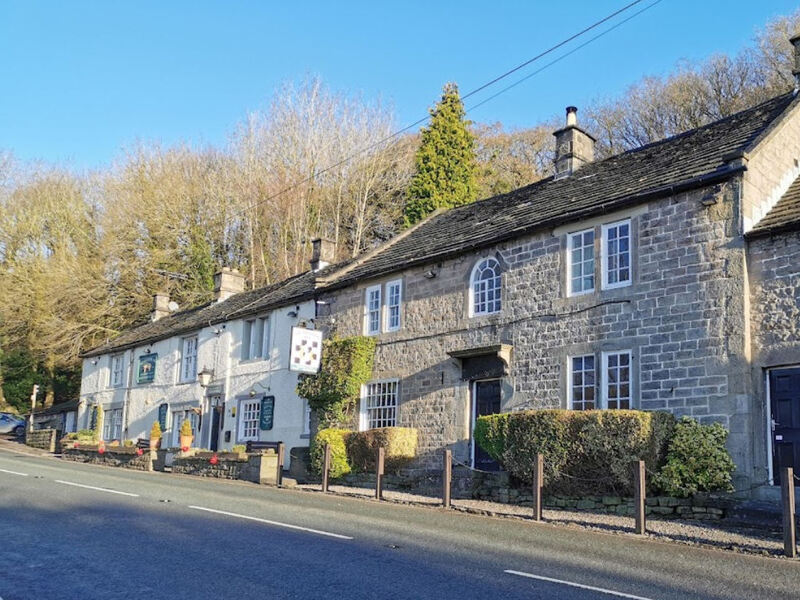 Situated in the village of Froggatt Edge in the glorious Peak District, The Chequers Inn is a venue with a quite substantial history, with an inn believed to have been on the site since the sixteenth century. Having also held a coveted AA rosette for many years (and indeed two rosettes from 2015-2019) I arrived with expectations of a quality meal as I made my debut visit for lunch, with my wife, my two young children and my parents, on a mild October Saturday, to celebrate my mum's birthday.

The inn sits right on the relatively busy A625, but there's a decent number of parking bays on the opposite side of the road (and a few next to the building as well). Crossing the road is a little bit of an adventure with young children, but nothing too traumatic. Inside, the place has very much a traditional British pub feel, with that kind of old school furniture, flooring and decor, which personally I don't mind. We made our way to the bar area and were warmly greeted before being pointed in the direction of our table a short distance away, just by the back door which leads to an outdoor beer garden area.

There was already a drinks menu on the table which was handy, and it covers all the major bases you'd expect to find in a pub pretty well. I had my usual Hendricks and tonics during the meal which were fine; everyone else on the table stuck with non-alcoholic choices including apple juice and grapefruit juice. Although there's not a massive selection of non-alcoholic options, there were just about enough to keep everyone happy. I should mention as well whilst taking our drinks order, the lady serving us was very friendly with our young children which is always great to see. The place was quiet when we arrived but it did fill up considerably as the service progressed, with a combination of booked in diners and customers just dropping in for a drink.

On offer at lunch is a decent sized carte menu with a good number of options, plus a two course children's menu. There's also a short sandwich menu if you fancy a quick bite alongside your chosen pint. Although I'd added clear notes when booking that my parents are both vegetarian and my mum is coeliac also, this did seem to come as a bit of a surprise to the lady serving us. Fortunately, there's a decent number of vegetarian options on offer here as standard, and they were happy to provide gluten free alternatives for several dishes too (including gluten free bread) which was good to see.

Lunch for me began with a starter of scallops and black pudding, one of my favourite combinations. Unfortunately, it was a bit of a disastrous dish; every element in my little bowl was executed badly. The scallops were cooked poorly; rubbery with no caramelisation, and the single slice of black pudding was lacklustre too. But the worst element was the celeriac and apple veloute which had no body or depth of flavour whatsoever. The dish was edible which is really the only positive thing I can say about it, but to serve me that dish for £11 I found mildly insulting in all honesty.

Elsewhere on the table, my wife and mum were much happier with their tomato 'soup of the day' (including gluten free bread for my mum) but strangely, despite us being the first table in for lunch, the lady serving us said there were only two portions left, so my dad had to have a leek and potato soup instead. He said it was fine though so no complaints really on that, I just found the desire to use up two remaining portions of tomato soup (presumably from the service the night before) a bit odd. For the kids, my daughter had the cheese burger from the children's menu which was perfectly nice and my young son was very happy with just a side order of chips (so much so that we had to get him another portion later in the meal); there was no problem bringing the kids meals with the starters either which was good to see.

Up next were the mains which came out in a decent timeframe and were probably the best plates of the meal. I had the cheeseburger and although it wasn't the best burger I've ever had, it was perfectly tasty, accompanied by some decent chips and onion rings. My wife's duck dish was an OK plate of food also, whilst my parents both enjoyed their vegetarian halloumi burgers.

Although the food hadn't been great to this point, we pushed ahead and ordered dessert; I know I know, but I just can't resist. By now the restaurant was quite a lot busier than when we arrived and there was a noticeable wait for our desserts to arrive, including that annoying scenario where some of the table is presented with their food a good few minutes before the rest of the dishes arrive. Unfortunately, they definitely weren't worth the wait. I opted for the stem ginger egg custard tart, served with pineapple, passion fruit jelly and a gingerbread man. It was a nicely presented dish, but flavour wise, it was another big disappointment. The custard tart itself was virtually flavourless, it was almost like the restaurant had batch purchased some custard tarts from a budget supermarket and stuck a few fruity elements on top.

My wife wasn't impressed with her chocolate brownie with Bailey's ice cream either, and even the kids weren't too enamoured with their single scoop of ice cream (single scoop despite being listed on the children's menu as two scoops by the way). My dad had the same custard tart I'd endured and my mum decided to skip dessert and just have a coffee (wise as ever). All in all, the desserts were pretty poor.

We sat and waited for someone to come and offer us the bill for a while, in the end I gave up and went to the bar to pay, bringing a disappointing meal to an end. The venue is pleasant and service throughout was generally OK, the biggest issue here is the food. Given the menu prices (comfortably in that one to two AA rosette price range) and past awards, I was expecting some accomplished dishes and competent cooking, but there was little of either on show.

I'm sure the food must have been significantly better in the past so it's a shame to see the offering deteriorate like this, but I have to be honest and say what I was served was three plates of pretty uninspired pub grub which was light years away from any kind of fine dining experience. Like all hospitality venues, I wish them all the best going forwards and I'm delighted to see the place was bustling with post-lockdown customers during our visit. But, although I'd happily pop back in for a pint and a bowl of chips in future, I think it's highly unlikely I'll ever return for a proper meal here.

I'm struggling to believe the AA have inspected here recently as the food for me was not close to rosette level. There's nothing here to interest the other major guides either.
Group size: 4 adults & 2 children. Total bill: £179.
View full restaurant details for The Chequers Inn
« The Duncombe Arms review
The Pack Horse review »