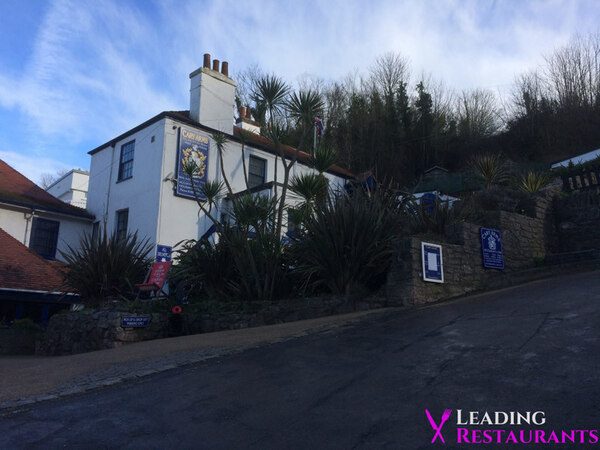 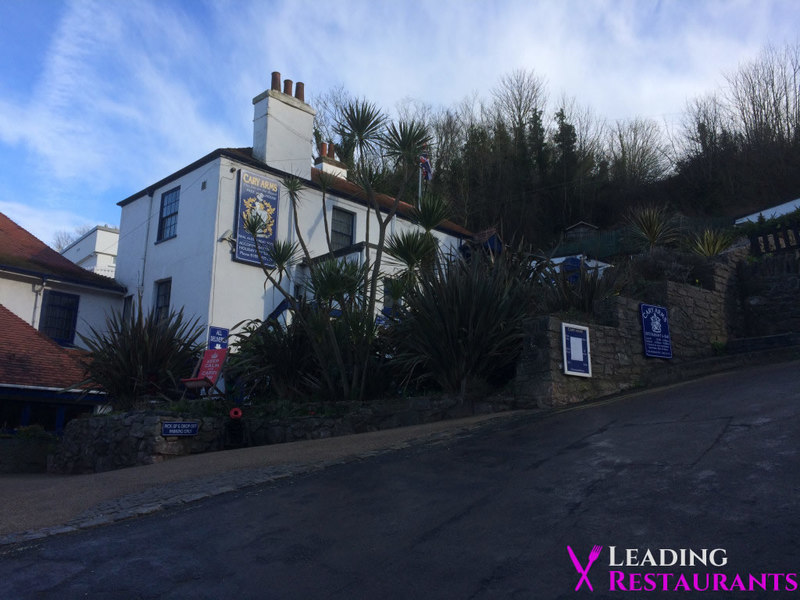 Occupying an enviable position on Babbacombe beach, overlooking The English Channel, the Cary Arms is a hotel and restaurant promising "gastro food cooked simply", according to the website anyway. It was here I ventured for lunch on a mild Thursday with my wife and young daughter.

The venue itself is quite pleasant inside with plenty of tables offering sea views and the welcome was warm too. My first issue though was with the fact we were told to order at the bar; a bit strange I thought for a place promoting itself as a dining destination. What made this even stranger however is that a table who arrived after us (and after I'd ordered at the bar) were given table service without even having to request it. As nice as the staff were, that's a bit odd.

Nonetheless, having memorised what we wanted from the menu boards (don't expect a physical menu here), I ploughed on and ordered lunch. First up for me were the scallops. I love scallop dishes in general, but this one was a disaster. The scallops were served with the roe which I personally don't mind, but what I do definitely mind is eating grit. Grit and poorly cooked scallops does not a good starter make. They'd charged me £11.50 for the pleasure too; considering I'd had one of my favourite scallop dishes ever the day before just down the road at The Elephant for a mere 50p more, I found that price extortionate. There was just no care taken whatsoever with the dish and a worrying lack of basic cooking skill. Now it was starting to make sense why I'd had to order at the bar and pay up front! My wife was served a pretty miserable and uninspiring soup, but at least hers was edible.

Next up, I have to say things did improve considerably with my catch of the day fish main course. The fish was cooked well and served with some pleasant enough potatoes. My wife also enjoyed a pretty decent burger so no real complaints with that one.

For dessert however, we were back to overcharging for dross. My chocolate and orange cheesecake was pretty abysmal; having sat in the fridge for quite some time the base was rock hard and the top tasted very little of either chocolate or orange. My wife was luckier this time although her sticky toffee pudding was average at best. I should note that they do have menus for dessert and the order for this course was taken at the table; just seems to be a completely random decision as to whether or not you're given table service.

Overall, despite this being a nice venue and location, the quality of the food served was bitterly disappointing. There are many better restaurants in the area so my advice would be to stick with those.

Parking near by (albeit down a very steep road) and it's child friendly. Ask for table service if you want it.

The food here was nowhere near good enough for a rosette in my opinion; very surprised to see the AA think it is.
Group size: 2 adults & 1 child. Total bill: £83.
View full restaurant details for The Cary Arms
« The Elephant review
Simpsons review »