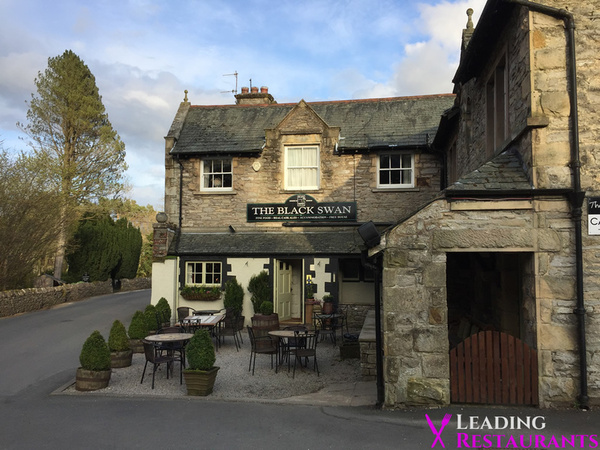 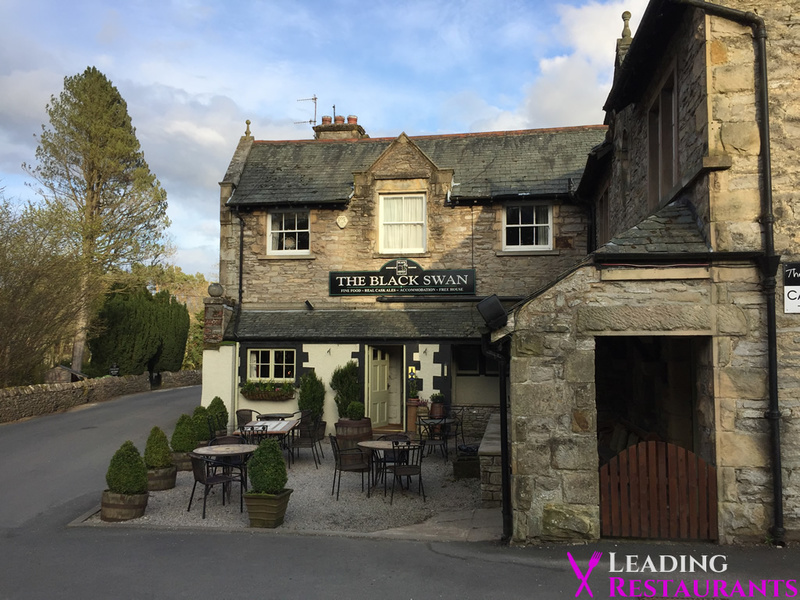 Situated in the beautiful Eden Valley in Cumbria, The Black Swan is a village pub/hotel with a growing reputation for serving food of a high standard. Having been awarded two rosettes at the end of 2017, it seemed an ideal time to stop in and try what's on offer with my wife and two young children, on the way back from a trip to the north of the county.

They serve dinner from 5pm (ideal for us with young kids) and we duly arrived a couple of minutes before our reservation. We were able to grab a space in the car park which was a relief, although even at that time it was pretty full. The welcome on arrival was professional and I have to say, the service throughout was of a high standard from a variety of different waiters and waitresses.

There's the option to eat in the bustling bar area if you wish, but we opted for one of the two dining rooms where we were the only table occupied for the duration of our stay (not necessarily a bad thing when your baby son decides to have a bit of a crying marathon). The room itself was nice enough but a little shabby and tired in truth; I think that fits well with the character of the place but it's a little different to the immaculate spaces you tend to find nowadays in the leading pub restaurants. They hadn't set out a highchair as requested when we booked the table, but this swiftly appeared a couple of moments later.

As well as the carte, there's a decent three course children's menu available also. After a little aperitif (including a tasty non-alcoholic elderflower and cucumber cocktail for my wife), dinner began for me with the venison tartare, delivered under a smoky glass cloche which was a nice touch. As an overall dish, it was tasty and well presented although to be honest the smokiness of the venison could have been taken up a notch or two as it was rather too subtle. My wife had less luck with her scallops which although nicely presented were considerably overpowered by the chili and garlic risotto which was a shame. For my daughter, she enjoyed her battered cauliflower with cheese and honey.

For mains I opted for the pork and in truth it was a bit disappointing. The main chunk of pork belly was nice but a tad over, the glazed pork belly cheek was edible but considerably tougher than it should have been. Throw in some golden raisins and some slightly lacklustre black pudding and you're left with a decent plate of food, but I'd been expecting a lot more. My wife's chicken on pearl barley risotto was a better effort; the sauce was deep and flavoursome albeit very heavy on the salt, and the chicken itself was nicely cooked. It also came complete with a little note from the chef (in a little glass pot) about the accompanying asparagus, which was an interesting touch. Both dishes were served with popcorn skin; seems chef has a love of popcorn, not sure if that's a good thing or not. For my daughter, she had no complaints regarding her fish and chips and polished it off happily.

Last up for me was billed as a chocolate brownie; in reality it was a sort of circular layered deconstructed version. It was a nice tasting dessert with a good chocolatey cakey layer at the base and a rich caramel mousse in the middle. And of course, it was accompanied by a chunk of caramel popcorn. For my wife, she enjoyed a tasty lavender and honey creme brulee; the consistency wasn't perfect but the flavour was good. My daughter happily tucked into her fruit salad but I did find £5.50 for a few chunks of fruit a bit extraordinary in truth.

And so a decent meal came to an end. There was plenty of effort and endeavour on display here in the cooking and I appreciated that, but in truth, the skill in execution and finesse I'd been expecting in some areas was a little bit lacking. Part of the fault for my expectations lies with the AA; they have a deep-seated scoring issue for pubs where an unbelievable range (including some of the best pub-restaurants in the country) are awarded two rosettes and others, which are nowhere near that level, are apparently deemed equally good.

Whilst that's not the fault of the restaurant, I did feel the prices reflected my heady expectations and in reality, were very high for what was served. Considering the complete lack of extras (no bread for example) I couldn't say the restaurant offers any kind of value. And in truth I think that was reflected by an empty restaurant; whilst the pub area was bustling, the restaurant was still dead as a dodo at 7pm on a Saturday evening as we were leaving. It's a shame as there's a lot of potential here, but it feels like the restaurant is too expensive for the locals and just not good enough to become a food destination.

But look, despite all the shortcomings the food was still well, well above standard pub grub and when combined with the child friendly nature and excellent service, you could do a lot worse than visit here.

None, this is a local pub as much as a restaurant.

Child friendly with a decent children's menu. There is a car park, but it gets full quickly.

Personally I didn't find the food here worthy of two rosettes, but I certainly think it's good enough for one. There's not a lot here to interest the other guides though.
Group size: 2 adults & 2 children. Total bill (including service): £122.
View full restaurant details for The Black Swan
« Hispi review
George and Dragon review »