The Black Swan at Oldstead Review

The Black Swan at Oldstead 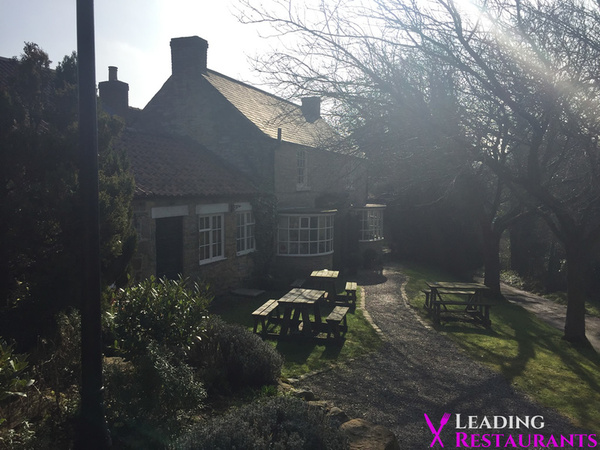 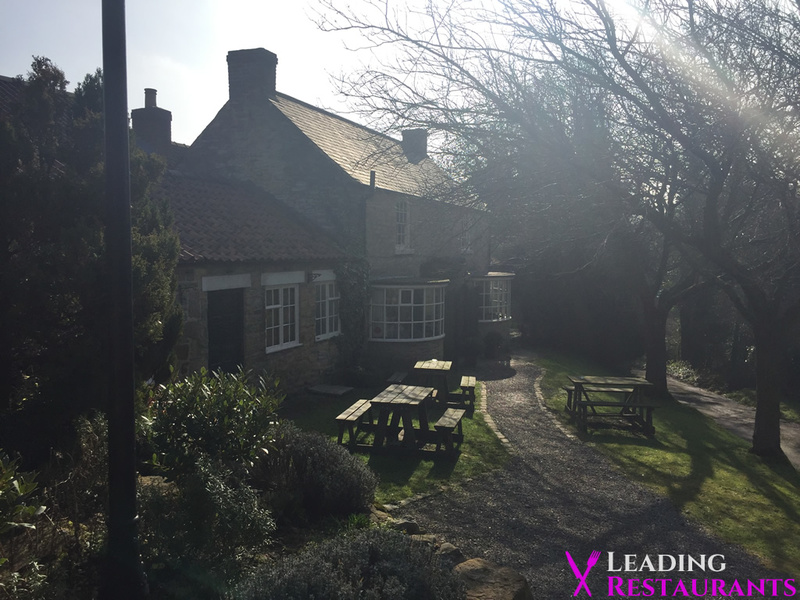 Having spent a good few years living in Yorkshire in a former life, I have to say, it's a place I'm pretty fond of. Sat amongst the glorious countryside are a number of outstanding pub-cum-restaurants including The Black Swan at Oldstead, a family run venue and holder of a precious Michelin star since 2013, when Chef Patron Tommy Banks picked up the coveted accolade at the age of just 24. I was very much looking forward to giving his food a try as a I visited with my wife for lunch on a gloriously sunny February Saturday, our last meal of a little anniversary weekend away.

Booking is a pay-up-front-in-full affair via the Tock booking system but I have no issue with that; it's a painless process. I would say most of their target customers agree, as the place was pretty full for lunch. I even received a nice email about a week before our visit from Bridget on reception, just to confirm we had no dietary issues. They serve a single tasting menu at both lunch and dinner, but it can be changed to accommodate quite a wide range of dietary requirements with advanced notice.

Finding the restaurant wasn't too difficult, although our sat nav did take us down a windy single track road which I would say is best avoided (I think there's a note on their website about that in fairness). There's plenty of parking on site when you arrive though and the pub sits in a lovely countryside spot. Inside is smart but retaining a lot of country charm, the perfect combination I feel for a place like this. The welcome on arrival was warm and we were asked to take a seat in the bar area, which was already buzzing with atmosphere at the start of service.

Along with our own copy of the tasting menu to take away, we were presented with an interesting and well thought out diagrammatic wine list (with pretty much everything available by the glass), as well as the drinks menu. I enjoyed a decent Pollination G&T to start and there were a good number (five I think) non-alcoholic cocktails on the menu also; my wife sampled a few throughout the meal and enjoyed them all. There's a drinks pairing option which I opted for with the meal (so called, as you might have guessed, because not all the matching drinks are wines).

Lunch started at our bar table with a lovely artichoke bite before we headed up to the main dining room. It's a nice light space, with the tables around the edge meaning it doesn't feel too cramped. You can also see part of the open kitchen from your table. It's worth noting there'd been no offer to take my coat up until this point but on request, our waitress was happy to whisk this away.

The little bites continued with a salmon tart and a langoustine skewer with caramelised whey, both good but the latter in particular being particularly delicious. After some good sourdough bread, the next dish of beef tartare with locally grown peppers packed a real punch. This was matched by a little can of beer rather than a wine; an interesting combination but I have to say it worked well.

Things went up a notch though with the next course, a perfectly cooked scallop in a creamy onion sauce. The tiny pieces of rhubarb in the sauce, giving lovely extra little hits of sharpness, were particularly inspired I thought. This was followed by an outstanding monkfish and celeriac dish, again with a great sauce, absolutely delicious. The great plates continued with the signature beetroot in beef fat for the next course; I'd been looking forward to this one and it didn't disappoint. "You can't get too many complaints about that one" I said to our waitress as she cleared our plates, "Not many, although some people don't like the horseradish" she said. I'm sorry, but "some people" are idiots, it's a faultless dish.

At this point I was massively enjoying the meal and seriously thinking this could go down as one of my favourite ever restaurant experiences. The food had been great, the drinks flight enjoyable and the service attentive, I couldn't really fault the meal up to this point. Sadly, things then started to go a bit wrong.

The next dish of duck with plum and black garlic was the poorest of the meal for me; the duck skin was chewy and not pleasant to eat (not gloriously crisp as I'd expected) and overall, it just wasn't a great dish. We opted for a cheese course next to share which was actually very good with a nice selection. There was no explanation given for my glass of port which I ordered to go with it (wasn't technically port I suppose, being a glass of South African Bishop of Norwich, but it did the job nicely) but the waitress clearing our plates was happy to explain its origins to me when I asked, and she did so well.

What happened next though was unexpected; for some reason the service completely deteriorated over the course of just a few minutes. Our water stopped being topped up, glasses stopped being cleared and the pace of service became much slower. It was a really surreal experience; it genuinely felt like all the waiting staff had been told they were losing their jobs at the end of service and they just didn't give a toss anymore, I've never quite experienced anything like it. Having said that, they still managed to (grudgingly it seemed) serve us food and explain the wine for the remainder of the meal, so I suppose it could have been worse.

Fortunately the kitchen was still awake and pushing out the good stuff; after a rhubarb and clotted cream sandwich (very tasty), a delicious dessert of hay and apple followed, probably the pick of the desserts for me. The chicory and potato dessert that came next certainly offered some unusual flavours, accompanied this time by a little chicory cocktail rather than wine. We both very much enjoyed the root vegetable toast to finish also, a fitting end to what had been some top class cooking.

Given the strange atmosphere in the dining room and incredibly slow pace of service (which had ground to a snail's pace by now) we opted to take coffee back downstairs at the bar. It was fine but I'd been expecting a couple of delicious petit fours to complete the experience; very surprisingly, there were none (I even asked to check, such was my surprise). I don't think it really takes a lot to stick out a couple of chocolates or a lump of fudge, so this was disappointing to see. That said, we were given a hand signed anniversary card during the meal which was appreciated.

And so, an enjoyable lunch came to an end. The Black Swan has so much going for it and overall the food was excellent, as was the drinks flight, with all the wines poured at the table and explained well. It's just such a shame that the service, which was initially so faultless, deteriorated so badly before the end of the meal. What could have been a fantastic experience ended up just being "very good", but I still left pretty happy overall, so I suppose I can't really be too disappointed.

None at all that I could see. I wore a shirt and jeans and I'd stick with a shirt for dinner.

I think Michelin and The AA have this spot on. I do feel The Good Food Guide have been slightly harsh based on what I ate.
Group size: 2 adults. Total bill (including service): £346.
View full restaurant details for The Black Swan at Oldstead
« Raby Hunt review
Mana review »