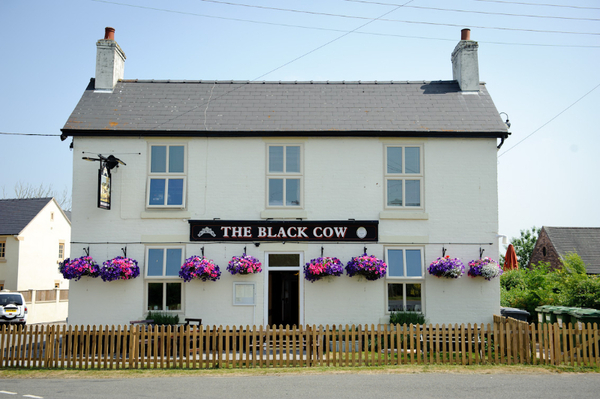 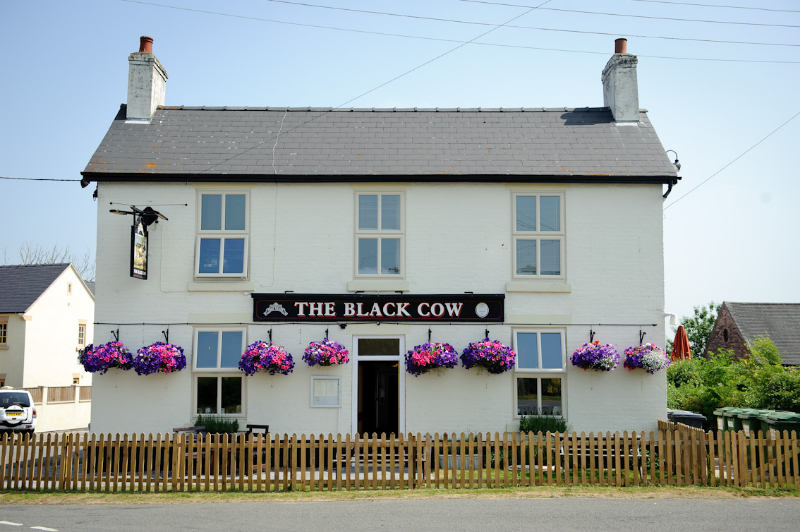 Sunday pub lunches can be a bit hit and miss. After all, there are a lot of pubs out there serving Sunday lunch and they can't all be good, can they? It's almost as though some guide is needed to help poor hungry folk like me traverse their way to a decent meal. Something like, I don't know, the AA guide. Having held one rosette for a couple of years, The Black Cow seemed like a sensible choice as I visited with my wife and young daughter on a lovely sunny Sunday whilst travelling to Derby.

The pub itself is nice enough with a decent amount of parking and the lady we first spoke to on arrival was warm and friendly. We were five minutes early so had a drink in the bar area whilst perusing the slightly uninspired Sunday lunch menu. After a few minutes of waiting we thought it time to go to our table, we were now greeted by a different less joyful lady who said something along the lines of "You want to eat in the restaurant?? I'll have to see if we have a table". Well, I would ruddy hope you had a table dear, as we had a reservation. Fortunately she managed to squeeze us in (when I say squeeze, I mean allow us to sit amongst many empty tables) and we plonked ourselves down in the pleasant enough dining room.

And then came the food. And my word, it was probably the poorest meal I've ever had at an AA rosette awarded restaurant. The deep fried cheese with a (not very homemade) cranberry sauce was at least edible, but the mains were absolutely abysmal. I had the roast pork with apple sauce, my wife chicken supreme, when the dishes arrived they were, and I'm not exaggerating here, identical. Two reheated roast potatoes, tasteless stuffing and a piece of meat. No apple sauce for me either. It really was bad and the accompanying vegetables were not great either, with some extremely blackened cauliflower the pick of a particularly unappetising selection.

Dessert at least was significantly better with a decent chocolate tart, however for my young daughter's single scoop of ice cream they found it acceptable to charge the full dessert price of £5.25; staggering stuff. And then came an extraordinarily long wait for the bill. No one came back to the table for approaching half an hour; in the end I had to go and find a waitress and when I finally received the bill, go and pay at the bar so we could get the hell out of there. It was a disappointing end to a thoroughly disappointing meal and to be frank, I wish I'd not bothered. Never again.