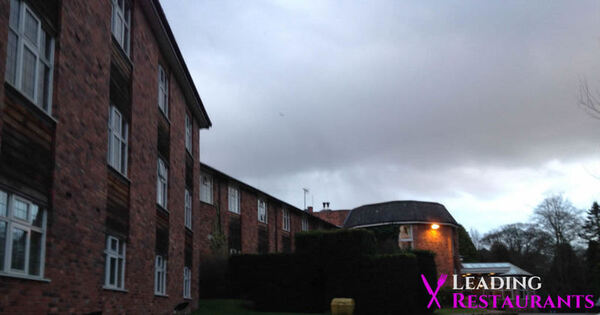 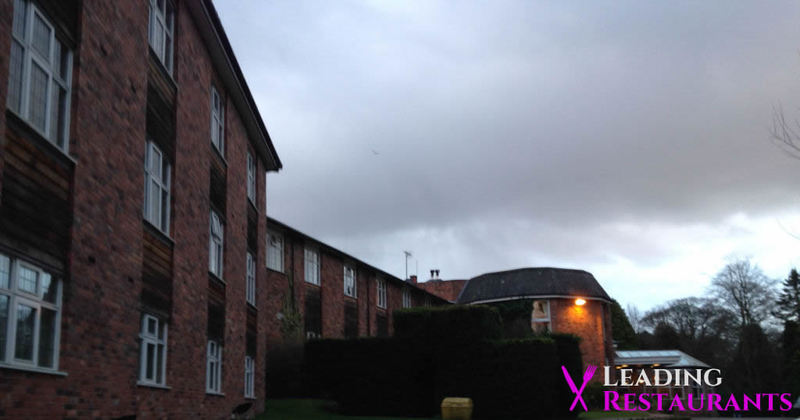 Occupying a well positioned spot on the outskirts of Wilmslow, The Stanneylands is an impressive fifty-five room hotel with a noteworthy facade. Apparently there's been a building on the site since the sixteenth century although I was hoping for food with a distinctly more modern edge as I ventured along for lunch on a Saturday afternoon with my wife and daughter.

I could certainly sense the pride and professionalism as we were greeted by waiters in full suits and shown to our table in the dated but pleasant wood panelled dining room. One thing that became immediately apparent is that they have no problem with children whatsoever which was really nice to see. I'm quite adept now at detecting waiters and waitresses who dislike children being in their precious dining rooms (even if the restaurant policy allows it), but there wasn't even a hint of that here from any of the staff throughout the meal.

Service in general was very good, but there was a bit of a peculiar mix of formalities. Napkins were placed at the start of the meal (which I always think is a nice touch) yet when our bottle of water was delivered, it wasn't even opened let alone poured. The main issue was the length of time the food took to come out; the restaurant was fairly busy (although by no means full), but the waits for starters and then mains were very noticeable.

When it did eventually arrive, the food in general was uninspiring. A seemingly good value lunch menu was on offer but we opted for the carte, which was a decision I lived to regret. First up was a black pudding starter which was simple yet tasty, but my herb crusted lamb main was disappointing. The lamb was overdone and chewy and although as a whole the dish tasted OK, it was anything but modern and lacking refinement. At £23 it seemed very overpriced for what it was, as was my wife's steak at £26. Wilmslow may be an affluent area but that doesn't automatically mean you can serve average food at premium prices.

Dessert was better; I had a decent chocolate fondant with pistachio ice cream, but what annoyed me here was that exactly the same desserts were on the £18.95 lunch menu as on the carte; by this point I was starting to feel really ripped off. You just can't do that.

And that was pretty much that. I think if I'd taken the lunch menu I'd have left considerably happier; as it happened I found the carte prices very overpriced given the dated food on offer. The service however was very warm and professional throughout and certainly the best feature of the restaurant.

It's a smart place; worth wearing a shirt.

Stick with the lunch menu at lunch. There's a good amount of on site parking. The restaurant is child friendly.

I get this distinct impression the AA haven't visited this restaurant for quite some time. Whilst the service is certainly worthy of a two rosette restaurant, I'm sorry to say the food is not at that level. There's nothing here that would interest the Michelin or Good Food Guides.
Group size: 2 adults & 1 child. Total bill (including service): £120.
View full restaurant details for Stanneylands Hotel
« Piano Restaurant at The Churchill Hotel review
Restaurant One Eighty at the Best Western Plus Pinewood on Wilmslow review »