Restaurant One Eighty at the Best Western Plus Pinewood on Wilmslow 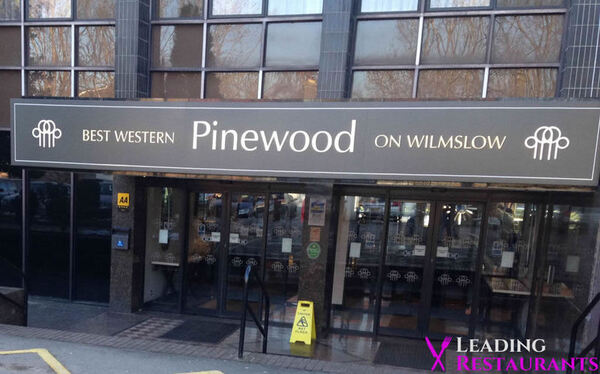 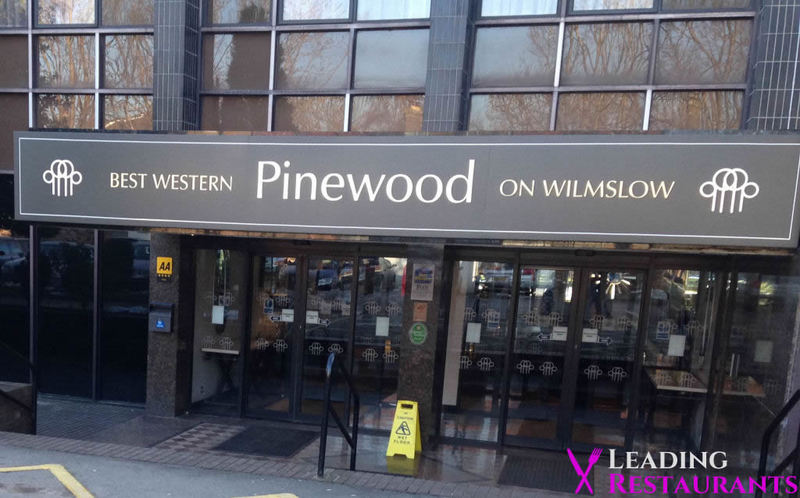 After a costly revamp in 2014, Restaurant One Eighty opened as the brand spanking new eatery of the Best Western Pinewood on Wilmslow hotel. And very nice it is too; the eighty cover dining room is modern and stylish and enjoys pleasant views over the hotel gardens. But perhaps what's even more impressive is the fact that head chef Colin Starkey is knocking out some thoroughly impressive food.

With my wife away, I visited on a Tuesday lunch time with our young daughter. Like the maverick I am, I rocked up without a reservation to be greeted, well, by no one. The restaurant was so dead that the staff were making use of the tables for a meeting. In fairness they cleared off pretty sharpish before I was seated; I never realised I had the all conquering power to empty a restaurant, such is the fear enstilled nowadays by small time restaurant reviewers.

We were seated in the corner of the restaurant looking out over the gardens; as the sun beamed through the window, my daughter picked up her napkin. "Look daddy" she said as a small plume of dust erupted; it was pretty evident no one had been sat at this table for quite some time.

The seasonal menu is the only way to go here and I can confirm it genuinely does change on a regular basis. I started with pork belly and scallops complete with a parsley puree and lentil jus. It was an accomplished dish which I very much enjoyed. Next up was the guinea fowl; perhaps not quite as impressive as my starter but the bird was pretty much cooked perfectly and the dish as a whole worked well.

I ended with the chocolate and caramel for dessert; this didn't quite pack the flavour I was hoping for but I happily polished it all off. I should say, the service although not particularly attentive was fine throughout and my daughter enjoyed her meal from the standard menu too.

The standard of cooking here was pleasantly unexpected, but perhaps the most impressive thing for me is that I was served a very high quality meal despite the place being dead as a dodo and despite me being the only person ordering from the seasonal menu in the whole restaurant during the entire service. That can't be easy and it actually makes putting out food of this standard a pretty stellar achievement in my view.

So where are all the customers? Weekday lunch is never going to be an easy sell but I've visited on Saturday lunch previously and it's a similar story. In truth, this food isn't cheap and Handforth isn't a large place to start with. However I get the feeling that word is slowly spreading about the quality of what's on offer here; surely it won't be long before I'll need to put my maverick days behind me and make a reservation before I rock up. Make no mistake though, I'll be back either way.

Nothing set; whatever you feel comfortable in.

The seasonal menu changes regularly and is definitely the smart choice.

I think the AA have this right for now, but two rosettes is definitely achievable and it wouldn't surprise me to see this awarded at some point during 2015. It's not the kind of place the Good Food Guide would normally list, but with one entry for Wilmslow in the 2015 guide, why not add one more in 2016?
Group size: 1 adult & 1 child. Total bill (including service): £50.
View full restaurant details for Restaurant One Eighty at the Best Western Plus Pinewood on Wilmslow
« Stanneylands Hotel review
The Northern Quarter Restaurant review »