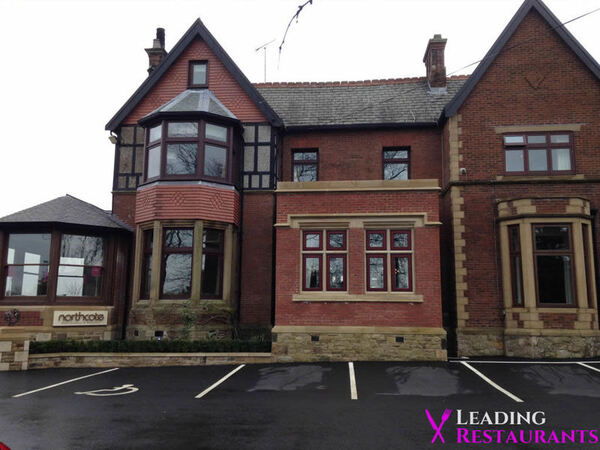 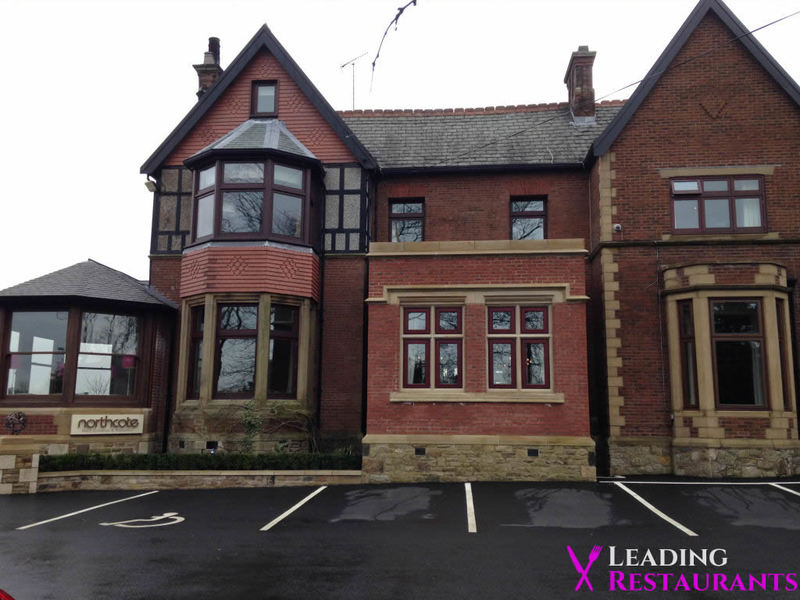 Having held a Michelin star for as long as anyone can remember, Northcote is seen by many as a bastion of fine dining in the frozen North. And rightly so, it's not only a beautiful venue which is full of character but a place that's synonymous with delivering top quality food on a consistent basis. The quest for the best continues in the ultra modern kitchen, so worthy is it of praise that you can even watch a live feed from your hotel room as the food is diligently prepared.

What's abundantly clear is that chef patron Nigel Haworth is far from ready to sit back satisfied and pat his own back for past achievements; following the recent modernisations in multiple parts of the business, everything is seemingly set up for a second Michelin star and there's no question that's the goal here. Only time will tell if our favourite tyre munching inspectors will be delivering one in 2016.

I visited as part of a large group for a Friday evening dinner in the beautiful Louis Roederer private dining room. It's difficult to judge service in that setting, but it was professional and attentive enough; the only negative was the lack of attention paid to non-wine drinkers. Whilst wine from the impressive wine list was freely poured for other guests, the non-drinkers were ignored (presumably they were expected to just drink water all night) and had to flag down waiters to ask for drinks. It wasn't the end of the world, but it's a lack of attention to detail I wasn't expecting here - it's not difficult to ask a guest what they would like.

The full seven course tasting menu was the order of the day; although accomplished it unfortunately wasn't quite as stellar as I was expecting and indeed the standard of food seems to have dropped since my last visit ten months earlier. Having said all that, things got off to a great start with a thoroughly delightful glass of eel and shrimp accompanied by a very nice little lettuce; fresh, tasty and a really enjoyable dish.

Unfortunately things did then start going a little bit wrong. Next up were some yellow beets, red beets and other pretty little things with a wasabi cheese. I like to think I have a fairly decent palette but virtually the only thing I could taste was wasabi; it just killed the entire dish, a real shame. The scallop dish that followed was also disappointing; battering scallops is always a bit of a risk for me and something easy to get wrong. Mine were OK, my wife's were definitely over done but the slightly sickly flavour of the batter didn't work for either of us.

The soup that was due to arrive for the next course didn't materialise. One lucky waiter was landed with the job of announcing, in front of all the guests, that the chef deemed the quality of the dish not good enough to serve. Erm.... what now? Isn't that the kind of thing you're supposed to check before writing the menu? Slightly bizarre if I'm honest. Instead a pretty flavourless little lamb dish was produced; not a bad result of a Masterchef style invention test I suppose but a very unremarkable plate of food.

By this point I was starting to wonder if they'd even retain one star in the 2016 guide, let alone be awarded two. Fortunately the next course was a humungous improvement; a beautifully cooked hare loin with a potato wrapped black pudding, absolutely delicious and the best dish of the evening for me. The guinea fowl that followed was very accomplished too but the dessert of rhubarb and custard in a white chocolate shell was another disappointment; when I cracked open the chocolate shell I was greeted with some pretty washed out flavours. Nice petit fours to finish though.

As we retired to our room for the night, I pondered the meal that had gone before. There was undoubtedly some top class food served, but more than one course was not executed to the standard I would have expected here. It was still a very enjoyable meal overall and there's no doubt Northcote remains one of the most illustrious restaurant destinations in the North of England. But whilst the foundations are certainly in place to get to that next level, the food I ate isn't quite up to that standard. At least, not yet anyway.

Open shirt and smart trousers is what I went for, but you wouldn't be out of place in a jacket.

There's lots of on site parking and the hotel rooms are nice too if staying over.

I do think all the guides have this right; it's not two Michelin star food at present. Looking at the overall package, it's the epitome of everything a four AA rosette restaurant should be too. However, if rosettes really are based only on the food then for me it's a three, a high three, but still a three.
Group size: 13 adults.
View full restaurant details for Northcote
« The Northern Quarter Restaurant review
Freemasons at Wiswell review »