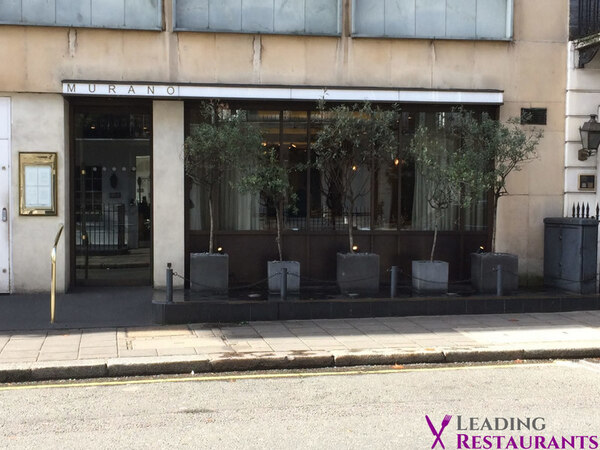 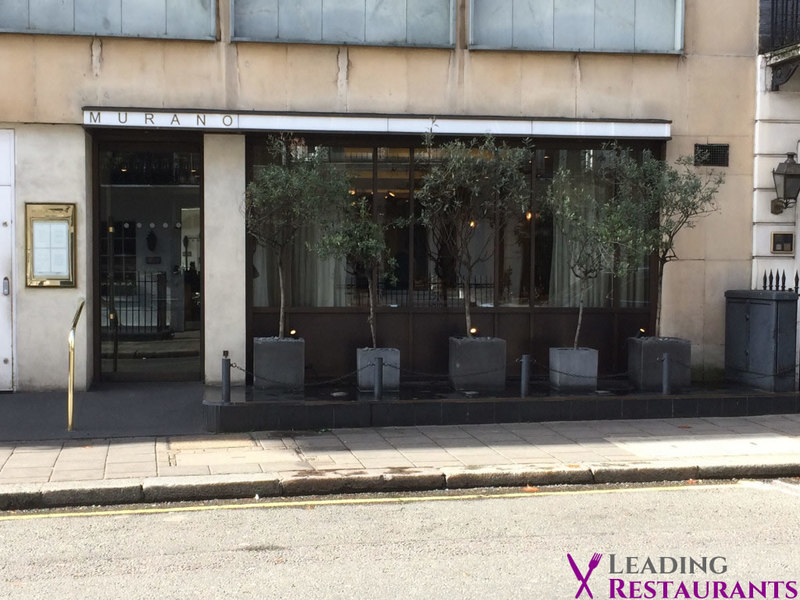 Situated in affluent Mayfair (one of the posher ends of London), Murano is a well established restaurant with a rock solid reputation, owned and run by celebrity chef and former Gordon Ramsay protege, Angela Hartnett. I stopped in for what I hoped would be an enjoyable lunch whilst on a day trip to London with my young daughter on a sunny Saturday afternoon.

I'd checked in advance children were allowed (with my daughter being five years old, I do like to check just in case) and was told that was no absolutely problem. And that proved to be the case; all the staff were very welcoming and there were no issues whatsoever with my daughter which was great to see. The restaurant itself is a very nice space, smart but still relaxed and very much in keeping with the general feeling of the restaurant.

Don't expect a children's menu, however they were happy to put together a bowl of pasta for my daughter and they also served her all the intermediary courses which I thought was a very nice touch. After a little (soft) drink to start, first up was a decent selection of bread, bread sticks, ham and parmesan churros. I do miss my butter when in Italian restaurants but such is life; the accompanying olive oil did the job. Although there's a good value lunch menu available, I opted for the carte and to start, the scallop crudo. It was a very enjoyable dish with some zingy flavours, an accomplished piece of cooking without question.

For the main, I chose the rack of lamb (pink of course) with pumpkin. Whilst the accompanying crispy shoulder was delicious, the lamb itself was not cooked quite as well as I'd hoped. Don't get me wrong, it was still a tasty dish, but in truth I was slightly disappointed. Pre-dessert came in the form of elderflower granita with pickled cucumber; it was delicious and the perfect palette cleanser. My daughter absolutely loved it and it was the highlight of her meal.

Last up for me was a small but perfectly formed lemon semifreddo, complete with a deep flavoured cucumber 'soup', another enjoyable dish. For my daughter, some simple but tasty vanilla ice cream was the other of the day. Despite not ordering coffee, we were still served two sets of yummy petit fours with the bill, a fudge like cube and a ricotta cheese based bite also.

Overall, this was a very enjoyable lunch in what is a clearly a very accomplished restaurant. The food was perhaps not quite at the level I'd been expecting, however the service was excellent and combined with the child friendly nature of the venue, it really made for a splendid overall experience.

None really, but I'd wear a shirt and trousers for dinner.

I'm happy with all the guides on this one, although in truth, the food in my opinion is at the lower end of the four rosette scale.
Group size: 1 adult & 1 child. Total bill (including service): £116.
View full restaurant details for Murano
« Bailey's Restaurant at the Honest Lawyer Hotel review
Manchester House review »