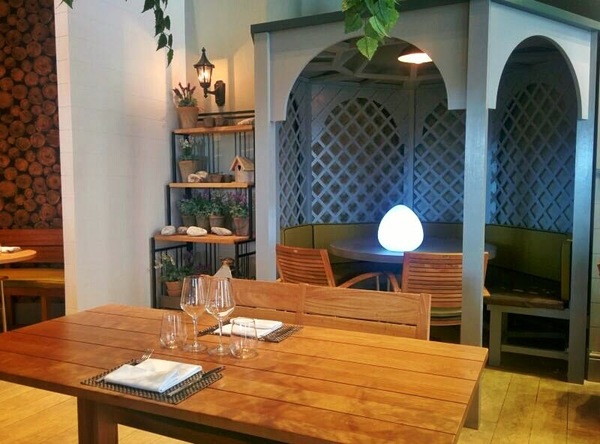 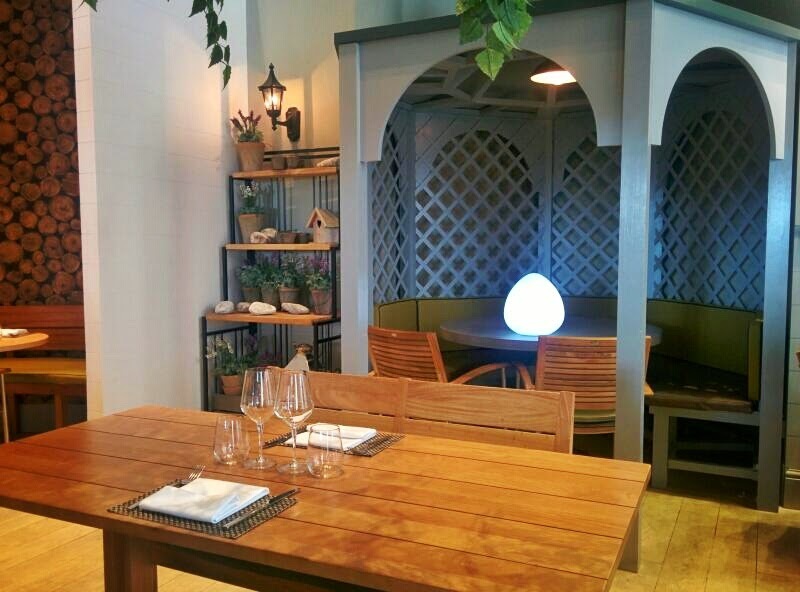 Whilst The French may be Simon Rogan's most publicised venture into the Manchester dining scene, his name also adorns the door at Mr Coopers House and Garden, which resides literally a few metres away from his historic heavyweight on the opposite side of the Midland Hotel. It would be easy to label this as an upmarket bar that happens to serve food, in reality what's on offer here is a very fine restaurant in its own right.

I visited with three friends on a Thursday evening for dinner; there's a dedicated entrance on Mount Street and the greeting was warm on arrival. The dining room itself I like; it's contemporary and the unmistakable garden theme, with trees aplenty, works as a fitting reflection of the intended vision.

The drinks selection is impressive, with a good range of cocktails and even a few decent beers. I started with a "Northside Garden Fizz" as an aperitif which wasn't great, but I enjoyed a pint of local(ish) ale Tatton Blonde later. The service was generally good but there were some issues. When our initial order was taken, the particularly pushy waiter described the mains as "coming with what they need" and was desperately trying to push side dishes. It wasn't a polite up sell, more an assumption he had made, without any foundation, that our group had no concept of fine dining. In many ways it's quite perverse that some of the waiters in Mr Coopers are considerably more pretentious than those at The French, but fortunately we didn't see this particular gentleman for the rest of the night.

The food began for me with scallops; a food I love but they were served on a cucumber sambal. That's a combination you have to balance delicately, and in this case it hadn't been, the sambal massively over powering the nicely cooked scallops which was a shame. However my main of lamp rump was a much better dish and very enjoyable. The service unfortunately did again go a bit awry; three mains were served together but the fourth took around five further minutes to arrive. Even a pretty dire kitchen should be able to get a table of four out at the same time, so that was disappointing to see.

And that to be perfectly honest is that. It was an enjoyable but largely uneventful evening; this is just good quality modern food served in a very pleasant venue at a reasonable price. It sounds simple to execute, it often isn't but at Mr Coopers they are successfully pulling it off. Long may it continue.

There's no dress code but it's quite a trendy place, particular on a weekend evening.

Use the dedicated entrance; this leads directly to the reservation desk. At lunch in particular this is a child friendly venue.

The AA have this spot on; this is exactly what two rosette food should be. I can't really see a reason why the Good Food Guide wouldn't have included it in the 2015 edition.
Group size: 4 adults. Total bill (including service): £160.
View full restaurant details for Mr Cooper's House and Garden
« Linthwaite House Hotel and Restaurant review
The Alderley Restaurant review »