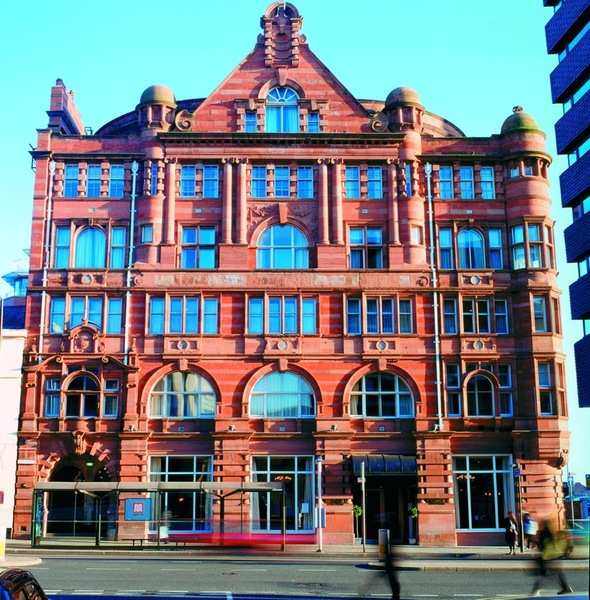 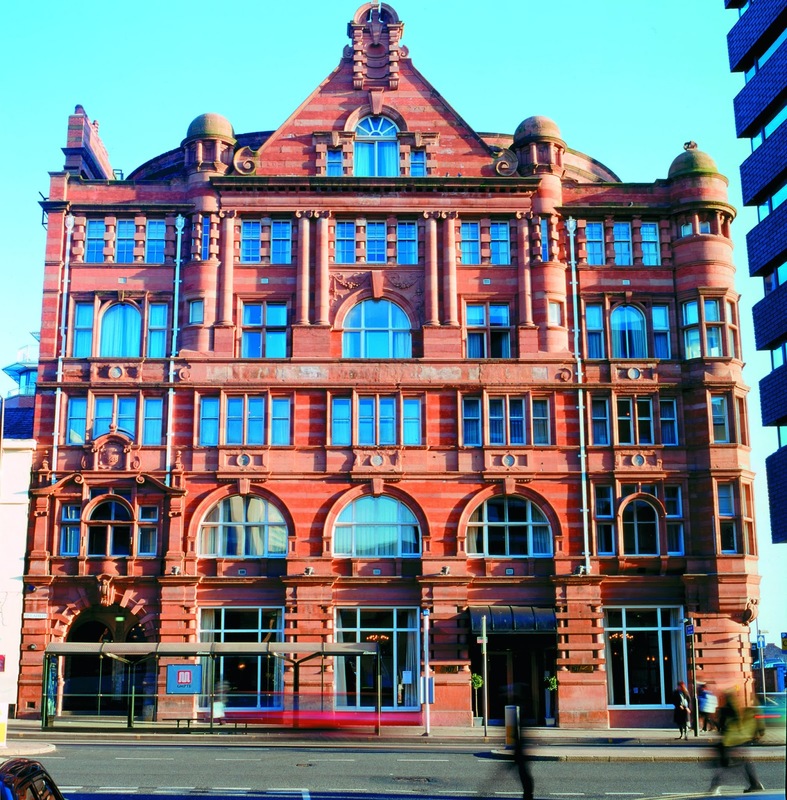 I first visited Michael Caines at ABode Manchester several years ago, within the first couple of months of it opening. Back then it was seen as Manchester's great hope for an award winning fine dining experience, but in the intervening years it's fair to say the restaurant has been well and truly surpassed by others in the area. Nonetheless, with the promise of fine dining and prices to match, I was still very much looking forward to visiting with a friend on a cold and rainy Saturday afternoon.

The restaurant is entered via the main hotel entrance, then through its own door and down some stairs to the lower levels. As I arrived absolutely drenched from torrential rain, the lady on the restaurant reception asked if she could take my coat. Well, yes please, otherwise I might personally flood your delightful dining room. And in fairness, it's a dining room worthy of not being flooded; not a fantastic space but a nicely finished environment and perfectly befitting of a fine dining meal.

After a perfectly pleasant G&T in the lounge area, we were shown to our table. The £65 tasting menu is available at lunch (as is more expensive £85 prestige tasting menu) and given we were in no rush to depart, it seemed a sensible choice to get a gauge on how good the food being produced here actually is. I also opted for the wine pairings as indeed I usually do.

Lunch began with a reasonable but not particularly noteworthy pumpkin soup. The smoked salmon and stone bass dishes that followed were nice without being spectacular however the beef dish that followed was an accomplished piece of cooking. Celeriac, shallots, red wine sauce; it was nothing revolutionary as far as beef dishes go but it was very enjoyable.

Desserts consisted of a not very memorable vanilla panna cotta followed by a rather more delicious chocolate tart. The wine pairings I have to say were not bad and the waitress did her best with the descriptions, although I do much prefer the wine to be poured at the table rather than brought over in the glass. Service overall though was good so no complaints on that front.

And that was pretty much that. Overall Michael Caines at ABode is a decent enough restaurant which has over several years continued to provide "nice" food to the wonderful people of Manchester. However, it's now really quite a few levels behind the best restaurants in Manchester and in all honesty, the food here doesn't justify the price tag.

None in particular but it is a fairly smart place, so would recommend a shirt for dinner.

It kind of feels like it should be worthy of three AA rosettes, but in reality I'd agree with the AA that two is the correct level here. I think the Good Food Guide have overcooked their rating considerably.
Group size: 2 adults. Total bill (including service): &pound235.
View full restaurant details for Michael Caines at ABode Manchester
« Elements Restaurant at the Best Western Lee Wood Hotel review
The Church Green review »