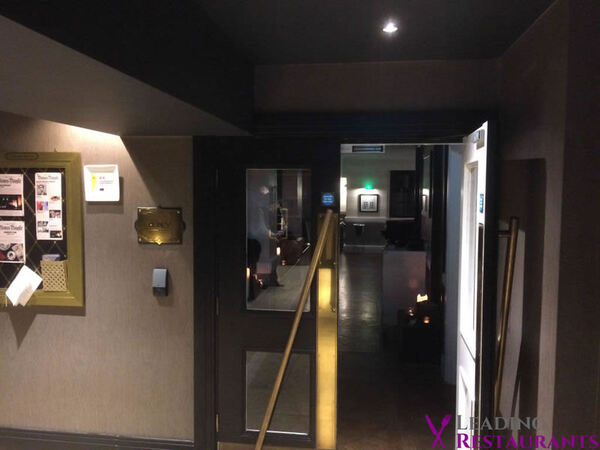 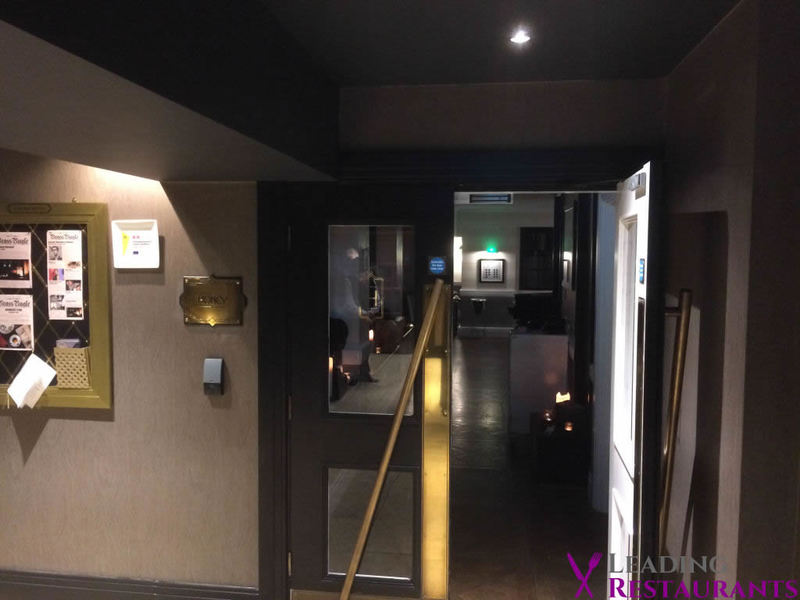 Hotel Gotham in Manchester is a rather swanky place in many respects; a very smartly presented upmarket hotel with a private members bar no less. And also a restaurant of course; Honey. I'd heard mixed things so it was with some apprehension that I visited for dinner on a Friday evening with a friend for what I was certain would be an interesting experience.

I was greeted on arrival by a pleasant enough fellow in the lobby and directed to the lift where I ascended to the restaurant. Like the rest of the hotel, it has an illustrious feel but without coming across as hugely pretentious. Although I sometimes quite like eating in quiet restaurants, this is a place that thrives on the atmosphere, so 8pm on a Friday was an ideal time to soak it all in. Our waiter for the evening was a very nice gentleman from Bury and he was great; sadly the service as a whole was pretty flaky, starting with an inordinate wait for my G&T to arrive. It really did take a very long time which was a shame. We ordered some of the pork pop corn as a pre-dinner nibble; it arrived after the starters and only after I queried where it was. There's definitely some fundamental issues there with how service is managed and they need addressing. However, what I was looking forward to was the food (drawn in by the recently awarded two rosettes as you might expect). And I have to say, it was very, very good indeed and markedly better than I'd been expecting. I had a very well balanced and enjoyable scallop dish to start followed by an equally enjoyable lamb main. The lamb was right on the edge of being over, but fortunately just the right side of done, and the accompanying elements on the plate, including some neat work with potatoes, really did make for a very tasty dish. My friend did have less joy with her main of steak but it's difficult to judge given she'd asked for it well done (I know, I know, but what can I do); they well and truly cremated what looked like a decent piece of meat. Desserts however were enjoyable for us both, my white chocolate cheese cake concoction serving as a delicious end to the meal. After a couple of post-dinner cocktails and a quick trip to the upstairs members bar (just ask your waiter for a pass), our evening came to an end. I have to say, the food here was worthy of the surroundings and considerably better than I'd been expecting (not that I don't trust the AA, cough). It's easy to get lost in the excess swank and disappointing service, but ultimately what came out of the kitchen was very good indeed and that's the hard part really. In a city that's often chastised for a lack of good restaurants, I can only say Honey is a welcome (and much needed) addition to the Manchester dining scene.

It's a shirt and jeans kind of place. I went in a polo shirt though and no one really cared.

Go when it's busy. Waiters will provide a pass for the members club after your meal, if asked.

Although Hotel Gotham has an entry in the Michelin Guide, the restaurant does not; I think it's worthy of one. Certainly worthy of a mention in The Good Food Guide as well.
Group size: 2 adults. Total bill: £206.
View full restaurant details for Honey Restaurant at Hotel Gotham
« Fischer's Baslow Hall review
Hispi review »