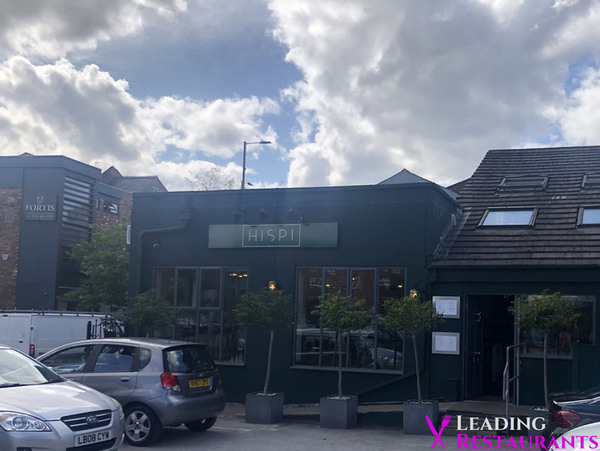 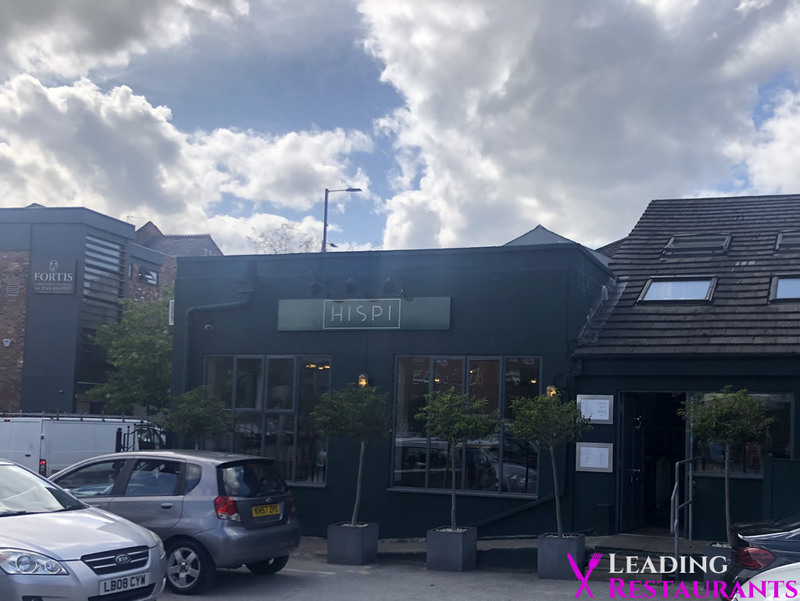 It's been over five years since I invested in the Kickstarter campaign for Hispi in Didsbury near Manchester, the third restaurant to launch from the Elite Bistros family. It had admittedly been a little while since my last (very enjoyable) visit, partly due to the big C of course, but knowing I'd be in the area on a sunny August Friday, it seemed an ideal time to book in for a return lunch, with my wife and two young children.

As on previous visits, the car park directly in front of the restaurant was pretty full, but there's a decent sized pay and display car park just around the corner off Ogden Street which had plenty of space. The welcome on arrival was polite and professional and we were shown to our table in the dining area by the main entrance. Although there were a few tables in, the restaurant wasn't full but that's not surprising for a weekday lunch. I still like the feel of the restaurant very much but in truth it is starting to look a little bit tired now, although I can completely appreciate why a new lick of paint won't have been anywhere high on the agenda in the past eighteen months.

On offer at lunch is a full carte menu which myself and my wife ate from, a shorter (and cheaper) lunch menu and a small two course children's menu, something I always appreciate, albeit I'd prefer to see three courses ideally. The drinks menu is thoughtfully concise with a decent spread of options; my wife had a couple of the apple and elderflower non-alcoholic cocktails during her meal which she enjoyed, whilst the kids were perfectly happy with their apple juice. For me, there's only two gin options available, but the house JJ Whitley gin with tonic was fine and I had a couple of those during my meal.

Lunch began with a nice piece of focaccia bread, including a piece each for the kids which was appreciated. For starters, I went for the glazed belly pork served with little apple chunks, hazelnuts and kohlrabi. It was a nicely presented dish and the flavours on the whole were entirely pleasant. My wife opted for the chicken liver pate with chutney and sourdough toast which was very flavoursome also; I think it's fair to say we both enjoyed our starters. Both my son and daughter had the fish and chips from the children's menu which the restaurant were happy to deliver with the starters. The potato wedge chips and peas were fine, but the fish goujons had been cooked to the point of no return and were very dry; they weren't pleasant.

The mains for my wife and I took a few minutes longer to come out than I would have liked but the wait wasn't too extreme. This time I went for the hake, served on a salad of courgettes, with toasted walnuts, taramasalata and more of those apple chunks. Visually the dish looked beautiful on the plate and the flavours were good too. The cooking of the hake was OK, it was right on the edge of being over but that didn't really detract from the dish as a whole. My wife had the classic braised featherblade of beef; whilst the truffle and parmesan chips and beetroot ketchup were both delicious, the beef itself wasn't quite as tasty as versions of this dish we've had in the past.

For dessert, I couldn't resist trying one of my all time favourite desserts, the tiramisu. Although the presentation of this version wasn't the prettiest you'll see (it arrived in a glass) it was very tasty overall, the caramel layer in particular was delicious and there was a decent smack of booze too. My wife had the strawberry pavlova which was another accomplished dessert, the melon and mint sorbet in particular was lovely. Both kids opted for the honeycomb ice cream with chocolate sauce from the children's menu (there's only two dessert choices on the children's menu mind you) and that went down perfectly well with both of them, no complaints at all.

And so, as we were promptly delivered the bill (complete with a little white chocolate treat each), an enjoyable lunch came to an end. Service throughout was warm and attentive and the food overall was good, although perhaps not quite as good as my previous visit. I noticed afterwards on the bill they'd only charged myself and my wife the lunch menu price of £23 for three courses despite us both ordering all three courses from the carte (and none of the dishes were on the lunch menu), so I thought the value offered was excellent too.

It feels like all the Elite Bistros family of restaurants are now working from the same menu which I don't think used to be the case; I completely understand the reasoning for that given recent events, but it does mean the restaurants lose a little bit of the individuality I previously enjoyed. I was actually booked for a return visit to Manchester city centre sister venue Kala in June (before they cancelled due to a staff member contracting COVID) and I'd have been slightly gutted if I'd been there and then arrived for this meal to see a menu that was identical. But hey, maybe when the world gets back to a bit of normality, that may change.

Overall though, Hispi is still delivering quality food and good service at a very fair price point; I'd happily go back and eat there again at any point in future and look forward to doing so.

Child friendly. No automatically included service charge (but the card machine gives you the option).

I think the food is still just about at two rosette level. It's also definitely worthy of a Michelin Plate; the removal of all Elite Bistros restaurants from the 2019 guide was clearly a political move from our favourite tyre munching inspectors.
Group size: 2 adults & 2 children. Total bill (including service): £101.
View full restaurant details for Hispi
« The Blind Bull review
Mana review »
Supported by