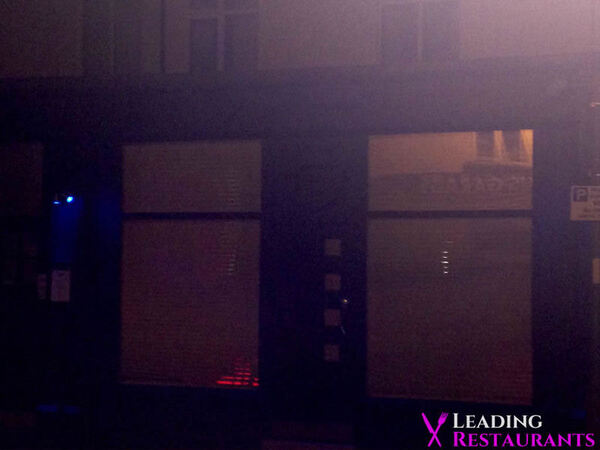 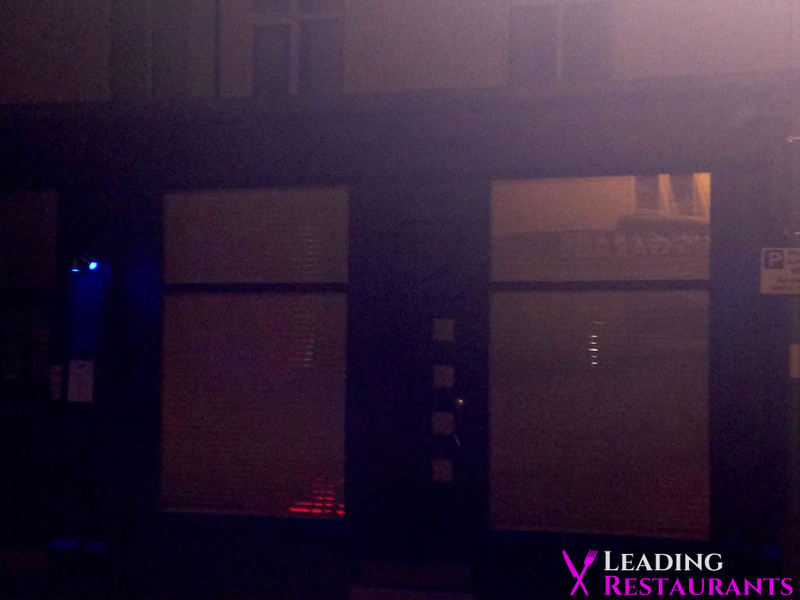 It was difficult to not feel a certain sense of exclusivity as I recently accompanied my wife to Fraiche on a mild Thursday evening. After all, this is a restaurant with only three/four tables, one of which I'd been fortunate to secure with some rapid mouse clicking on a Sunday morning three months earlier. I have read some criticism of the online booking process, but personally I found it a relatively painless experience and not one I'd be loath to repeat.

We were greeted warmly on arrival by one of two waiters working that evening and seated in the lounge area at the front of the restaurant. It's a comfortable, spacious set up and perfect to peruse some menus whilst watching projections of nature on the empty white walls. Here we hit our fist snag; whilst I enjoyed my usual G&T aperitif, it quickly became apparent that the non-alcoholic drink offer was, to be blunt, pitiful. Poor wifey. I was quite surprised to be honest; this is not a city centre area so you'd reasonably expect at least one person in each group to be driving. There was a cocktail of the day on offer; surely it wouldn't have been too much effort to rustle up a non-alcoholic version of that? But alas, no, my dear wife was left to sip on lemonade instead.

For the meal itself, after looking at the iPad menu (which incidentally didn't in any way match the actual meal we received) I selected the wine flight as I normally would, but again, there were no options for my wife. I've since discovered that following a certain (ahem) related Tripadvisor review, Fraiche now offer a juice flight if booked in advance. It's very encouraging to see a willingness there to adjust and listen to customer feedback, despite the huge number of accolades the restaurant has already received.

Having said all that, the food is of course the most important thing, and once the meal began, it didn't disappoint. In fact I'd go as far as to say it was an absolutely stunning meal. Dinner began with a tree of little treats; although visually impressive I wasn't blown away by the flavours here. However the next dish of scallop and avocado was absolutely sensational, an incredible piece of cooking that would grace any menu in any restaurant in my opinion, just perfection. The bread was very enjoyable too.

And the great plates just kept on coming, super chicken, salmon and turbot dishes came next but the lamb dish that followed was another wonderful piece of cooking. I've been fortunate to eat several top lamb dishes this year and normally they rely quite heavily on a stunning jus; the great thing about this dish was that it pulled off some sensational flavours without really much jus at all. Very impressive cooking. My wife and I both opted for the "sugar" rather than "salt" option to finish, although it would have been nice to been given the option of the cheese board regardless. The desserts for me weren't quite as strong as what had gone before, but the strawberry ensemble to finish was still extremely pleasant and a fitting end to the meal.

My wine pairings were good, better than I was expecting actually, although I would have preferred them to have been poured at the table rather than carried over already in the glass. The explanations were still good ("hints of cauliflower" anyone?) but for me, it just shows a bit of extra skill to pour while you watch. And indeed, I should add the service throughout was slick and professional too. Except that is, for one rather peculiar thing I wasn't expecting. The waiters were (presumably under instruction) putting on posh accents.

It was slightly bizarre and more than a little disconcerting. It was obvious anyway, but when having a chat with one waiter during the meal, he confirmed my suspicions by descending into broad Scouse for a few seconds before quickly adjusting back to full posh mode a few moments later. Why would anyone do this? I recalled having a really good chat with a waiter from Bolton a few months earlier at The Ledbury; if he'd tried to put on a posh accent during my meal there, I probably would have wet myself. I just found it all slightly odd to be honest.

That said, it certainly didn't take away from my extremely positive overall impression of the evening. The food was sensational and the service was great too. Yes, there are areas for improvement, but even writing this review I can see they've already started to address some of those. Dinner ended with some enjoyable petit fours and as we left the restaurant clutching a signed menu and our bag of fruity cereal type stuff, I was engulfed by that complete overriding feeling of having just eaten in somewhere very, very special indeed.

None that I could see. One table was pretty casual, I went in an open shirt and smart trousers and would opt for that level of dress again if I returned.

There's plenty of on street parking a short walk away. For the non-drinkers out there, a juice flight is available if ordered in advance.

I think Fraiche suffers in the guides due to the small number of tables and booking system. An inspector of any guide would stick out here like a sore thumb and they are surely aware of that. That said, the food here is unquestionably worthy of two Michelin Stars in my opinion and the AA are also very low key with their assessment. I genuinely think if you put this restaurant in central London, with a few little tweaks it would be a two star / five rosette establishment.
Group size: 2 adults. Total bill (including service): &pound253.
View full restaurant details for Fraiche
« The Pipe and Glass Inn review
Sticky Walnut review »