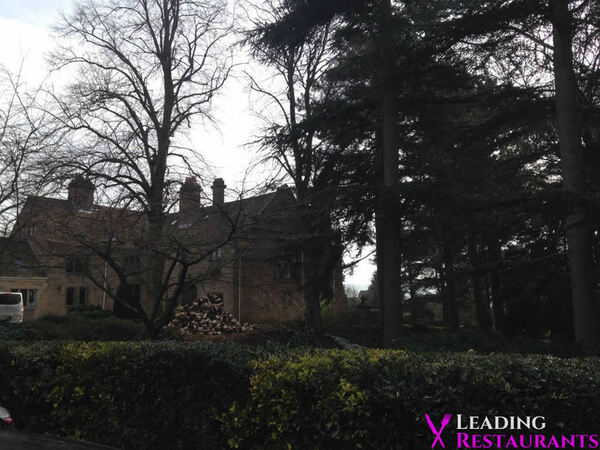 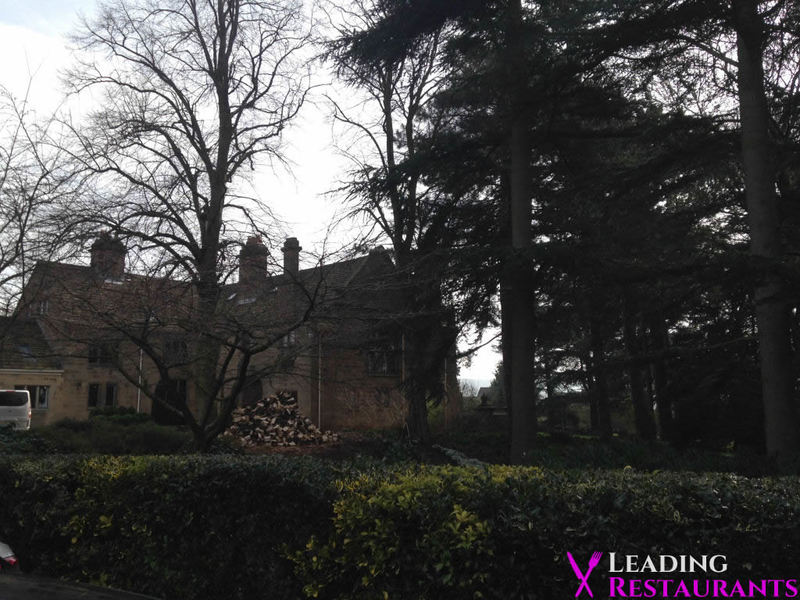 I like to think of myself as a fairly modern person, well, at least in terms of food tastes. So it was with a slight amount of apprehension that I ventured to Fischer's Baslow Hall with my wife for Saturday lunch. As a classic country house restaurant that's held a precious star from our favourite tyre munching inspectors since 1994, I was a little concerned they'd refuse me entry for being too young (I'm just joking, of course).

It's a lovely building and whilst the decor appeared (as expected) to have been designed several decades ago, it was still a pleasant space and more importantly, the welcome was warm from the front of house team on arrival. After perusing the menus and substantial wine list, and enjoying an aperitif with some so-so nibbles, we opted for the rather grand sounding 'Taste of Britain' lunch tasting menu.

Lunch began with a borlotti bean cappuccino; it was, to be frank, not nice. It was around this point I started to get slightly concerned as to what I'd let myself in for. I need not have worried as things improved dramatically from that point forwards, starting with a good john dory dish and then an enjoyable (albeit slightly chewy) plate of quail tempura. The scallop dish that followed with a black rice cracker was nice too; I suppose this was a nod to the many modern black scallop dishes floating around nowadays. Whilst not a ground breaking piece of work, it was a well executed dish and one I enjoyed.

Up until this point I'd enjoyed the food without being blown away, however that was about to change with a fantastic venison dish. Served with pear and chocolate sauce it was a truly delightful mix of flavours and textures and a genuine top class dish. After an interesting banana crossover came a dessert of chocolate tree with mint and lime. It was another delicious course and one of the best tasting menu desserts I can recall eating in quite some time.

The wine pairings were OK but not delivered with any enthusiasm or authority which was a shame. Service in general was a little clunky; during our tasting menu, one of the waiters asked if we'd like to order dessert! Furthermore he came back for a second go "so just to confirm, you want the chocolate tree". He was quickly dragged away by one of his colleagues with an apology of "he's new"; for me it genuinely wasn't a problem, however I can't help thinking certain people would frown upon such basic errors in the dining room.

We decided to stay in the dining room (actually preferred it to the lounge in many ways) for coffee and some enjoyable petit fours, and that was pretty much that. Overall, although this is a restaurant quite some distance away from the cutting edge of culinary endeavour, I very much enjoyed the food here and some of the dishes were absolutely top class. Service can be improved for sure, but I'd have no problem whatsoever returning and look forward to doing so.

Smart casual, so not t-shirts and trainers. I went with smart trousers and a shirt which seemed fairly standard.

Seems to be a good amount of parking.

I've no problem with the star or three rosettes; absolutely deserved. I think the Good Food Guide may be slightly generous with their assessment based on what I ate, but there was just about enough good stuff in there for me to be comfortable with the seven.
Group size: 2 adults. Total bill (including service): £187.
View full restaurant details for Fischer's Baslow Hall
« Restaurant Sat Bains with Rooms review
The Bear's Paw review »