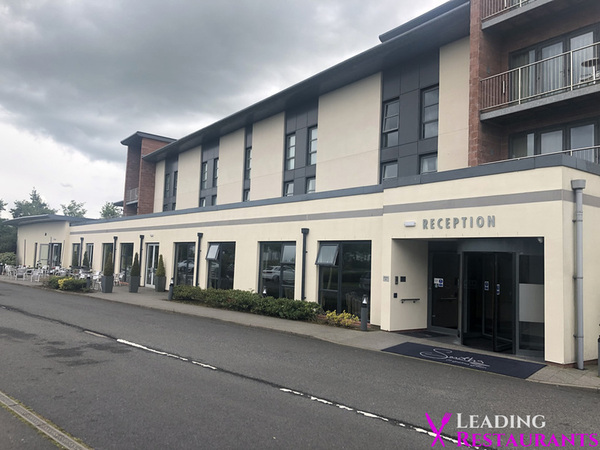 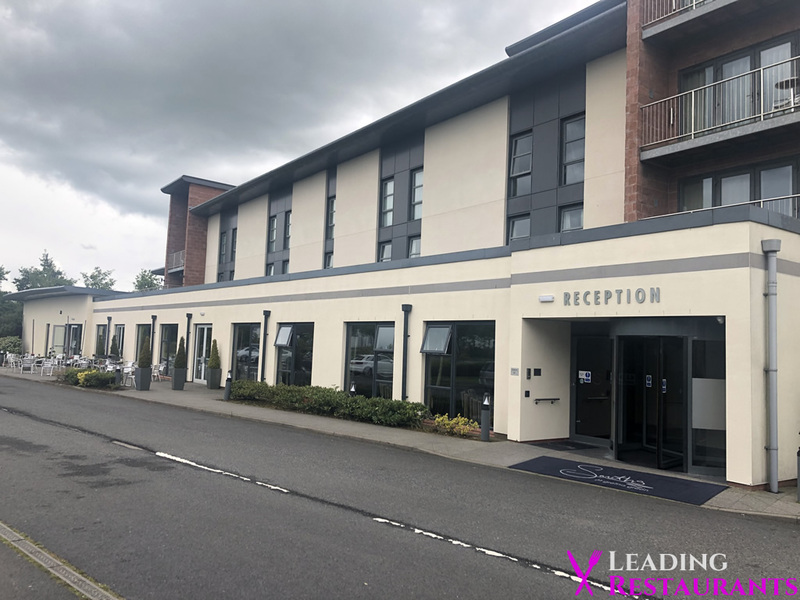 Whilst planning a little holiday to Scotland, the famed wedding location venue of Gretna Green seemed an ideal spot to stop off for a meal, being (of course) just over the border from England, and about half way along our journey to our eventual destination of the Loch Lomond and The Trossachs National Park. After a little browse of this very site for where to visit, I was fairly confident of being served some decent food at the Chainmail Restaurant at Smiths at Gretna Green, as I visited for lunch with my wife, her parents and our two young children on a drizzly May Tuesday.

The hotel sits on the outskirts of Gretna Green and wasn't difficult to find; there's also a large car park on site which is always a plus when you've travelled a long way. After entering via the main reception, we were pointed in the direction of the restaurant where after a couple of minutes a lady arrived to direct us to our table. As you might expect for Tuesday lunchtime in a hotel restaurant, the place was fairly quiet although one or two other tables did arrive during our stay. The restaurant decor is fairly typical I'd say for a hotel restaurant, although the metal "chainmail" hanging from the ceiling in various places gives a noticeable nod to the restaurant name.

On offer at lunch is a three course carte menu (proudly displaying the two AA rosettes the restaurant has held for many years) and a three course children's menu also, which is always appreciated. There was a decent amount of choice for each course, including a selection of hot and cold sandwiches. I believe the dinner menu has more food options too, but this wasn't offered to us. Drinks wise, there's a decent selection of wines and cocktails, and even the option of a "cocktail tree" with up to thirty glasses, if that's your kind of thing. We just stuck with apple juice and lemonade in the main, and I had my usual Hendrick's and tonic which was OK I guess, but not served in the most inspiring way (no gin glass or cucumber for example).

Lunch for me began with the venison and pork sausage scotch egg. It was the highlight of the meal for me; a tasty dish that was executed well. My wife has less luck with a starter of haloumi fries which looked like they had come from the local supermarket, whilst the in-laws had a bit of a mixed bag with a reasonable prawn cocktail but a pretty uninspired pile of what was described on the menu as "artisan bread". Our daughter though did enjoy her melon starter from the children's menu, and our young son was happy enough with a portion of chips.

The mains took a while to come out and sadly, weren't worth the wait. I'd ordered the chicken burger but was instead served the beef burger. This was swiftly removed when I politely pointed out the mistake, and I was given a free gin and tonic for the inconvenience. When I did eventually get what I ordered, I kind of wished I'd just said nothing and kept the beef burger. The chicken burger itself was fairly dry and the various accompaniments weren't particularly tasty; it was one of the worst main courses I've had on a two rosette menu. My wife was equally disappointed with her smashed avocado on toast from the sandwich menu, and the in-laws were served what I can only describe as Wetherspoons quality fish and chips, and mac and cheese; they really were at that very basic pub grub level and not what I'd been expecting. My daughter did enjoy her cheese burger from the kids menu though.

Given the poor standard of the first two courses, we decided to give dessert a miss which I'm sure was the right decision. And so, a very disappointing meal came to an end. Service throughout was OK albeit not particularly attentive, but the biggest issue by far was with the food. Regardless of if the dinner menu has more options, any restaurant that holds two AA rosettes should be able to serve competent dishes at lunch, but nothing we ate was near to that level. This was essentially basic pub level food attempting to masquerade as something far better, and I for one will definitely not be repeating the experience.

None of the food we were served was anywhere near two rosette level for me; I'd be very surprised if an AA inspector has actually been here recently.
Group size: 4 adults & 2 children. Total bill: £122.
View full restaurant details for Chainmail Restaurant at Smiths at Gretna Green
« The Hand at Llanarmon review
The Scran and Scallie review »