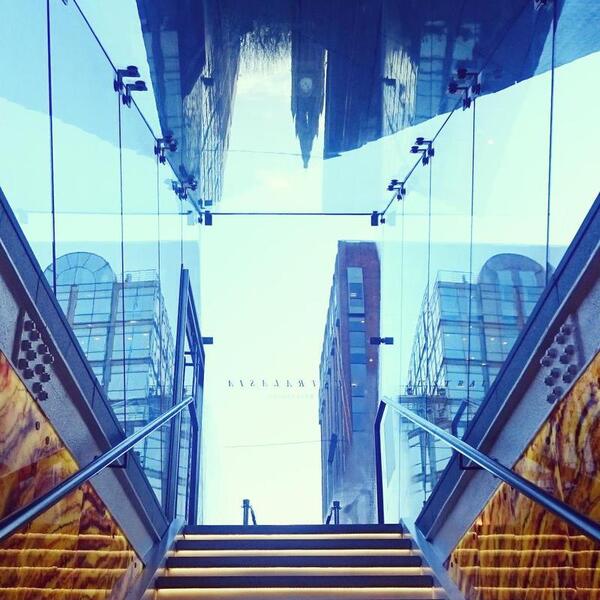 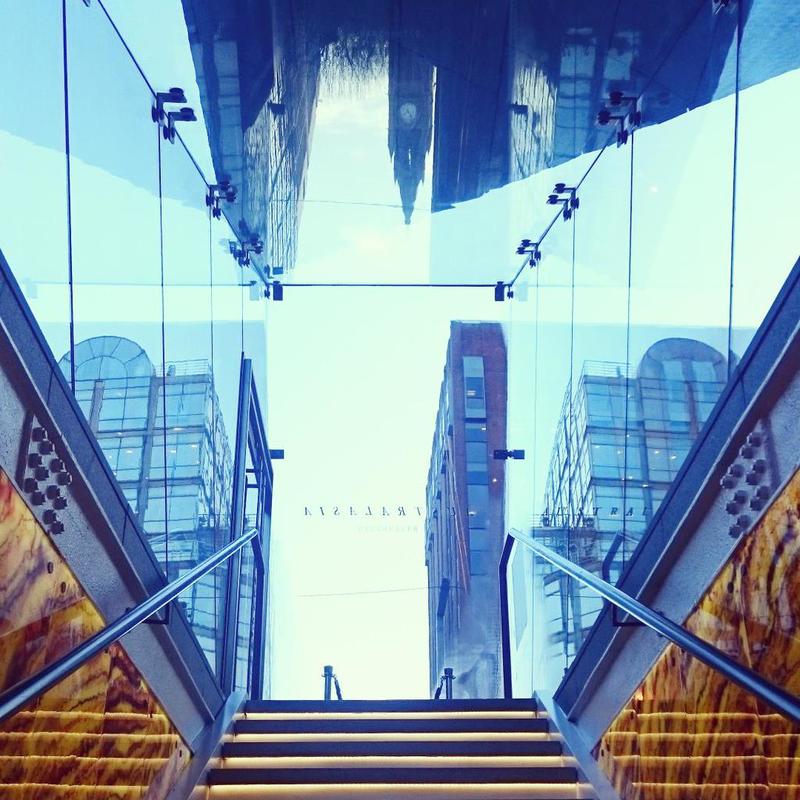 Since the launch furore in 2011, it's fair to say Australasia has lost something of its wow factor. Yes it's still popular and yes, it still attracts the same kind of plastic wannabe celebrities it always has, but in 2015, even the most ardent lover of Botox would struggle to keep a straight face whilst proclaiming this the best restaurant in Manchester. As I descended the stairs for an early evening Friday dinner with my wife, her parents and our young daughter, the place actually looked kind of drab if I'm honest. Four years is a long time round these parts to go without a facelift.

It's a venue that certainly does have a pretentious feel, but that said the greeting was fine and our waitress Natalie was a delight throughout the night, so no problems at all on that front. I was a little apprehensive how such a "trendy" venue would respond to a three year old child, but there wasn't a hint of an issue from any of the staff. One or two other diners might not have approved, but I can't really blame the restaurant for that. We were seated in one of the booths on the left hand side of the restaurant which I would say was a good spot, particularly if you have children.

The wine list on an iPad (even that seems kind of old fashioned now) was decent and we enjoyed a good bottle of Omrah Sauvignon Blanc; there's also a reasonable range of non-alcoholic cocktails for those not partaking of the strong stuff. And then came the food. And to be honest, it was nowhere near the standard I was hoping for. Naturally there's nothing tailored for children (how could a child possibly appreciate this much pseudo-swank) but the rest of the dishes were so hit and miss, it's difficult really to know where to begin.

The vegetable tempura was terrible, the ginger duck and crab broth was actually quite nice. Little "Collingwood dinkie" pies and maki rolls went down well enough but the horribly overdone and chewy beef teriyaki was a major disappointment. It really was such a mixed bag, some dishes quite nice, some just downright poor. At this kind of price point I really was expecting a more consistent overall standard. Dessert however was a pleasant surprise and unquestionably resulted in the best plates of the meal; my wholesome lemon brulee being an enjoyable finale.

If this were a cheaper venue I'd be more forgiving of the food indiscretions, but at Australasia, they're flaunting a premium price point for what is really pretty average food. I suppose the clientele here are probably more concerned about who's on the next table than the food entering their plumped up lips. But hey, if I had a restaurant that was full every night with people so desperate to impress whoever might be looking, I probably wouldn't change anything either.

Dress to impress! I think that means smart casual.

Children are OK up until early evening, but don't expect any food tailored for them. Decent range of non-alcholic cocktails.

I don't have a problem with any of the guides on this one really. You can make a case for a 2 from the Good Food Guide if you get lucky with your menu choices. However, the consistency required for an AA rosette wasn't there within dishes from the same meal, let alone multiple visits.
Group size: 4 adults & 1 child. Total bill (including service): £202.
View full restaurant details for Australasia
« Carter at The Sun Inn review
The Pipe and Glass Inn review »