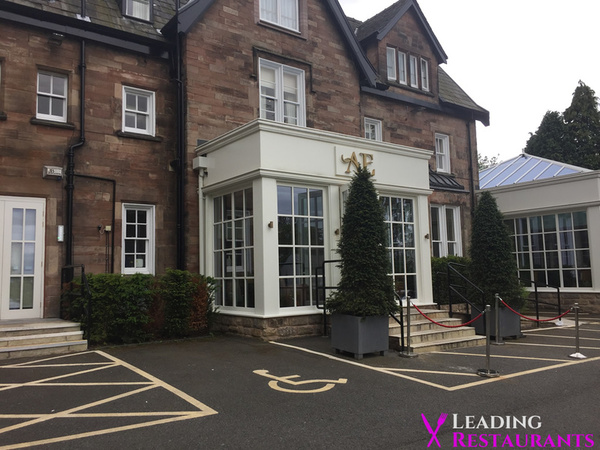 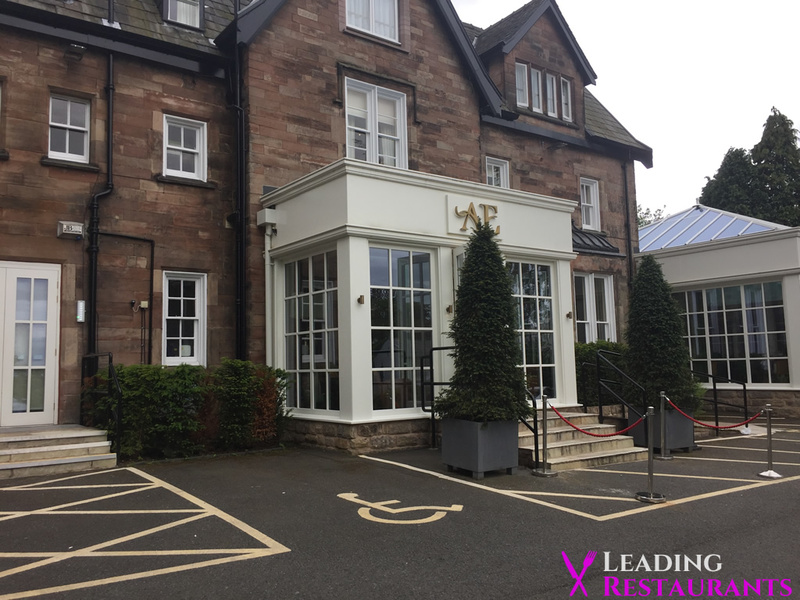 It had been well over four years since I last visited the Alderley Edge Hotel in the prosperous village of Alderley Edge. Back then the restaurant held three AA rosettes and proudly proclaimed itself to be one of the finest restaurants in Cheshire. My experience hadn't been great, the food was competent but dull (and not worthy of those rosettes for me) and a certain waiter ruined the experience somewhat with a very over-zealous attitude towards our well-behaved young daughter.

In early 2018 owners JW Lees undertook a £2.5m revamp, alongside a move to slightly less formal dining and (I as thought they might have done much earlier) the AA reduced the rosette award from three to two. So, what brought me back? Well, I'm pretty local and it had been a while, but the main reason was the appointment of new head chef Colin Starkey at the end of 2018. I'd eaten Colin's food more than once at Restaurant One Eighty in Handforth (met him too, but don't worry, I never mention this site) and was always very impressed; with the quality of what he was putting out I always felt he was destined for a restaurant with slightly higher ambitions.

And so with all that in mind, I booked in for lunch on an overcast Friday in May, with my wife, young daughter, baby son and my wife's parents, in full expectation of a high quality meal. The place is a little way outside the centre of Alderley Edge but not difficult to find, and there's a substantial car park on site too. On arrival, we made our way to the main reception desk who then directed us through to the lounge area whilst we waited to be seated in the dining room.

Our waiter arrived shortly afterwards to ask if we'd like a drink in the bar or to go straight through to the table; we opted for the latter. Unfortunately, he took this to mean that we didn't want a drink at all, but we were able to order some, and indeed request a copy of the wine list, when he arrived to take the food order later. The new restaurant conservatory is a nice space and definitely has more of a modern feel than I remembered from its previous incarnation.

There was no 'special requests' box when booking the table online, so I'd emailed twice to let them know we'd be bringing children and that we'd need a highchair; both these emails were sadly ignored. However, a highchair did appear quickly on the day when requested, so no harm done. On offer at lunch is a fairly limited menu of three choices per course (the online sample menu offers five choices per course) but no carte option, which I was really surprised about. It's 2019; the idea that people visiting for lunch don't want the option to order your best food is about twenty years out of date in my opinion, but such is life. One positive however was that there's a decent three course children's menu which was good to see.

The wine list isn't enormous but has plenty of choice; we opted for a modest bottle of 2016 The Crusher Unoaked Chardonnay with our meal which cost £36 for a wine that retails for around £14.50. Despite the revamp and publicised desire to make the restaurant more accessible, there's still a certain amount of formality here, with napkins being placed at the start of the meal, and wine and water being poured by our waiter. I don't mind that at all and think it's a nice touch, but unfortunately the service throughout was less than attentive leaving myself and my father-in-law staring at empty wine glasses for rather long periods (I had to get up and pour some myself towards the end of the meal), which was a shame and unexpected given the restaurant wasn't busy at all.

There's no nibbles or bread here, so it was straight into the first course which for me was whipped goats cheese and pickled vegetables. It was a pretty looking plate, but ultimately a boring dish and fairly sparse for a starter to boot; inoffensive but instantly forgettable. My in-laws enjoyed the compressed melon with Parma ham a little more and my daughter was very happy with her melon from the children's menu.

Things went from not great to poor though for me unfortunately with my main course of chicken with pomme puree. It was a really uninspiring dish; the chicken cooking wasn't great, the potato lacked any kind of depth of flavour, and all in all I'd say it's the least imaginative main course I can remember being served in a two rosette restaurant. It was basically chain restaurant / pub grub standard, really disappointing. However, I do have to say my wife's roasted cauliflower dish was considerably better and she enjoyed it. For my daughter, it was a fairly standard chicken and chips offering but she had no complaints.

Would desserts save the day? In short, yes! My wife and in-laws opted for the sticky toffee pudding which was basic in terms of presentation but very tasty. My coconut panacotta with a mango sorbet showed a bit more ambition and I enjoyed it; it wasn't perfect but it was a perfectly enjoyable dessert. My daughter was very happy with her fruit salad too.

And so, a slightly disappointing meal came to an end. The venue itself is nice and service throughout was pleasant and child friendly, although as I alluded to earlier, not particularly attentive. The main issue I had though was with the food; it wasn't anywhere near the standard I'd been expecting. I'm sure (well, I hope) the carte offering is a lot better but I can only judge my meal on what I'm offered, and what I was offered was not good. I've had far worse meals of course in the past, but all things considered, I don't think I'll be making a return visit here anytime soon.

None, but it's a smart venue, so I'd maybe opt for a shirt for dinner.

Child friendly with a decent kids menu and highchairs available. Plenty of parking on site. No automatically included service charge.

Nothing I ate was near two rosette standard in my opinion, but I think some of the dishes were competent enough to be worth one rosette. Both Michelin and The Good Food Guide no longer list the restaurant (both have previously) and I don't think what I ate would entice either back.
Group size: 4 adults & 2 children. Total bill (including service): £219
View full restaurant details for Alderley Edge Hotel
« Kala review
Mr Cooper's review »