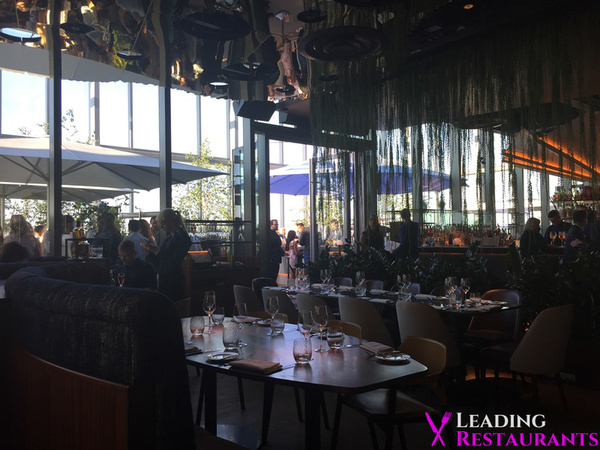 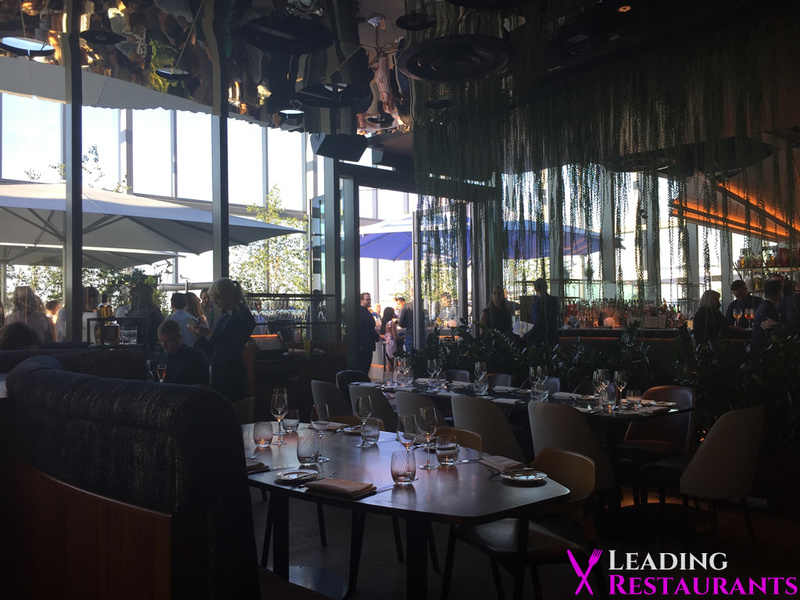 Launched in March 2018 atop the new No.1 Spinningfields tower in Manchester, 20 Stories is the first Manchester venture for acclaimed restaurant operator D&D, whose other venues include London fine dining heavyweights such as Angler and Launceston Place. The Chef Director is none other than Aiden Byrne, whose food I'd very much enjoyed previously during his time at Manchester House and indeed at his pub The Church Green.

In truth despite those promising credentials, I'd been a little put off coming here by the vomit-inducing celebrity launch, and consequently the fear of having to wade through hordes of self-obsessed narcissists (this is clearly the place to "be seen" at the moment after all). However, given the track record of the operator, the involvement of a chef I really rate and I suppose an overriding curiosity to experience "Manchester's highest restaurant", I duly rocked up on a gloriously sunny Thursday evening in June with a friend for dinner.

Despite only having being open a few months, there's been a key change made already to the operation I should probably share. There was quite a fanfare at launch around the split restaurant concept, one part grill, one part fine dining. I'm not sure who thought that was a good idea, but unsurprisingly, it's a format that didn't work. There's now just one restaurant with one menu. Another slightly less spectacular change is that people with restaurant reservations are no longer required to queue outside to get in (honestly, can you imagine), so my quest to one day queue for entry into a fine dining restaurant, when I have a reservation, goes on.

That said, I was a little bit worried we weren't going to get in at all, given the vigorous hand waving and head shaking from one of the two gentlemen guarding the front door as we arrived. They had, in fairness, just turned away a group of guys (no idea why) but it was still a slightly surreal experience. Once we'd explained we had a restaurant reservation though there was no issue and we were shown inside to the reception area. The lady there was perfectly welcoming and friendly, and it wasn't long before we were ascending up to the nineteenth floor in the lift.

We were bang on time for our reservation, but the restaurant manager for the evening kindly allowed us to get a drink from the bar first and have a look around. The venue is, as you might expect, spectacular; we were there on a clear sunny evening and the views are very impressive. The large outdoor "terrace" section (basically a part without a roof) is a nice touch although as a non-smoker, it's a shame smoking is permitted out there. Yes, the bar service is very slow and yes there's an unavoidable pretentiousness to the place, but the visual magnificence of what's been created here is undeniable.

After a drink and wander, we returned to the restaurant area ready for dinner. A waitress kindly took the remains of the drinks we were holding, placed them on a tray and carried them approximately four feet to our table. As I mentioned earlier, the split restaurant concept has gone and there's now just one carte menu with plenty of choice. There's also a pretty healthy wine list; we enjoyed a decent bottle of Argentinian Malbec with our meal although the wine mark-up here felt steep (well over three times retail price for the bottles I looked at).

First up for dinner was some bread which revealed a surprising amount about the meal to come. Firstly, it was dumped on the table without a word from our waitress, not the standard of service I'd been expecting. However, far worse than that, the bread was stale, must have been at least a day old, possibly longer. I genuinely cannot remember the last time I was served stale bread in a restaurant, certainly not one purporting to offer a fine dining experience, absolutely incredible. My starter of grilled mackerel wasn't much better. The cooking of the fish wasn't great and the accompanying dollop of creamy gloop was massively overpowering. My friend had slightly better luck with his chicken liver parfait; it was perfectly edible but nothing special, in fact he remarked it tasted no better than what he'd usually have from the supermarket.

Next up for me was a pork chop main. The cooking of the pork was OK at best but whilst the black pudding puree was nice enough, the accompanying red pepper sambal-like pile was again massively too strong; it just annihilated any flavour in the rest of the dish. My friend had better luck with an OK if unspectacular plate of lamb and spiced cous cous. Could desserts save the day? Well in short, not really. My Manchester tart was OK but hardly a flavour sensation, whilst my friend's chocolate mousse based dessert (titled chocolate and violet on the menu) fell into the same bracket. Our dinner finished with coffee and a pretty miserable shortbread biscuit; a rather apt end to what was some very uninspiring food.

My friend summed it up quite well when he pointed out the food is no better than you'd get in a Piccolino's and he was exactly right; the standard of what was served here is no better than a decent chain restaurant. I recalled having similar menu choices (mackerel and pork chop) a few weeks ago just down the road in Hispi; the food there was so much better and fortunately not in the same stratosphere as the dross 20 Stories are pushing out. Yes, the restaurant is yet to hold any awards so none of the guides have misled me (makes a change), but given the setup here I was expecting food a whole lot better than this. The prices are certainly high enough to justify that expectation; for the money charged they should be delivering food that's at least worthy of two AA rosettes, but the reality is what's being served here is nowhere (and I mean nowhere) near that standard.

It's a shame as the venue is great and as a whole the service was fine, but with all the obsession over launch parties and dress codes, the food has unfortunately taken a massive back seat. It's the absolute epitome of style over substance and I genuinely feel they should just stop pretending they have any desire to serve decent food, bin the restaurant and just run the whole place as a bar. And whilst I'm sure certain celeb-seeking self-loving trendsetters will come back either way, I don't believe any non-narcissist with a remote concept of what good food is would eat here twice.

The dress code is smart, and it's enforced. I was in an open shirt and trousers which is safe, you'd be OK with jeans etc but no sportswear, tracksuits, flip flops or football shirts.

Leave time to have a wander around the venue.

Too new to be listed in any of the guides and based on what I ate, not worthy of a mention in any of them.
Group size: 2 adults. Total bill (including service): £175
View full restaurant details for 20 Stories
« Simon Radley at The Chester Grosvenor review
Tyddyn Llan review »